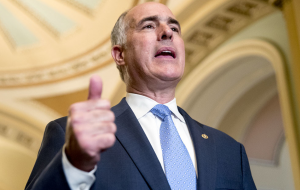 Pennsylvania Senator Robert P. Casey Jr., today announced his support for the Women’s Health Protection Act, stating not only will he vote yes to advance debate but also to support a vote on final passage of the bill.

“This week, I will again vote yes to advance debate on the Women’s Health Protection Act and I will support the bill if there is a vote on final passage in the future.

“In the nearly three months since the Senate last voted on the Women’s Health Protection Act, the circumstances around the entire debate on abortion have changed. In light of the leaked Supreme Court decision draft overturning Roe v. Wade, and subsequent reports that Republicans in the U.S. House and Senate will introduce legislation to enact a nationwide six-week ban, the real question of the moment is: do you support a categorical ban on abortion?  During my time in public office, I have never voted for—nor do I support—such a ban.”

Casey, who refers to himself as a pro-life Democrat, has a record on abortion rights issues that is difficult to put a label upon. The son of former Pennsylvania governor Robert P. Casey, who fought against Planned Parenthood in the 1992 Supreme Court decision Planned Parenthood of Southeastern Pennsylvania v. Casey, has consistently opposed Roe v. Wade while voting in support of other abortion rights issues.

“This week, I will again vote yes to advance debate on the Women’s Health Protection Act and I will support the bill if there is a vote on final passage in the future.”

When Republicans controlled the Senate majority, Casey backed a federal ban on abortion after 20 weeks of pregnancy. He also supported the Hyde Amendment, named for former Sen. Henry Hyde (R-Ill.), which has blocked federal Medicaid funding for abortion services for abortions since 1976.

“I think it’s clear to most people that the description of pro-life Democrat is accurate. I’ve been very consistent,” Casey told POLITICO in a 2018 interview. “What it means is I try to support policies that help women and children both before and after birth. Part of that is making sure you are honest about differences but also at the same time trying to focus on ways to reduce both the number of abortions and the number of unwanted pregnancies, and I think my record reflects that.”

Abortion-rights groups have given Casey favorable reviews. NARAL Pro-Choice America, a nonprofit lobbying group, dropped its grade of Casey’s voting record from 100 percent to 72% between 2016 and 2020. Planned Parenthood gives Casey an overall score of 67%. 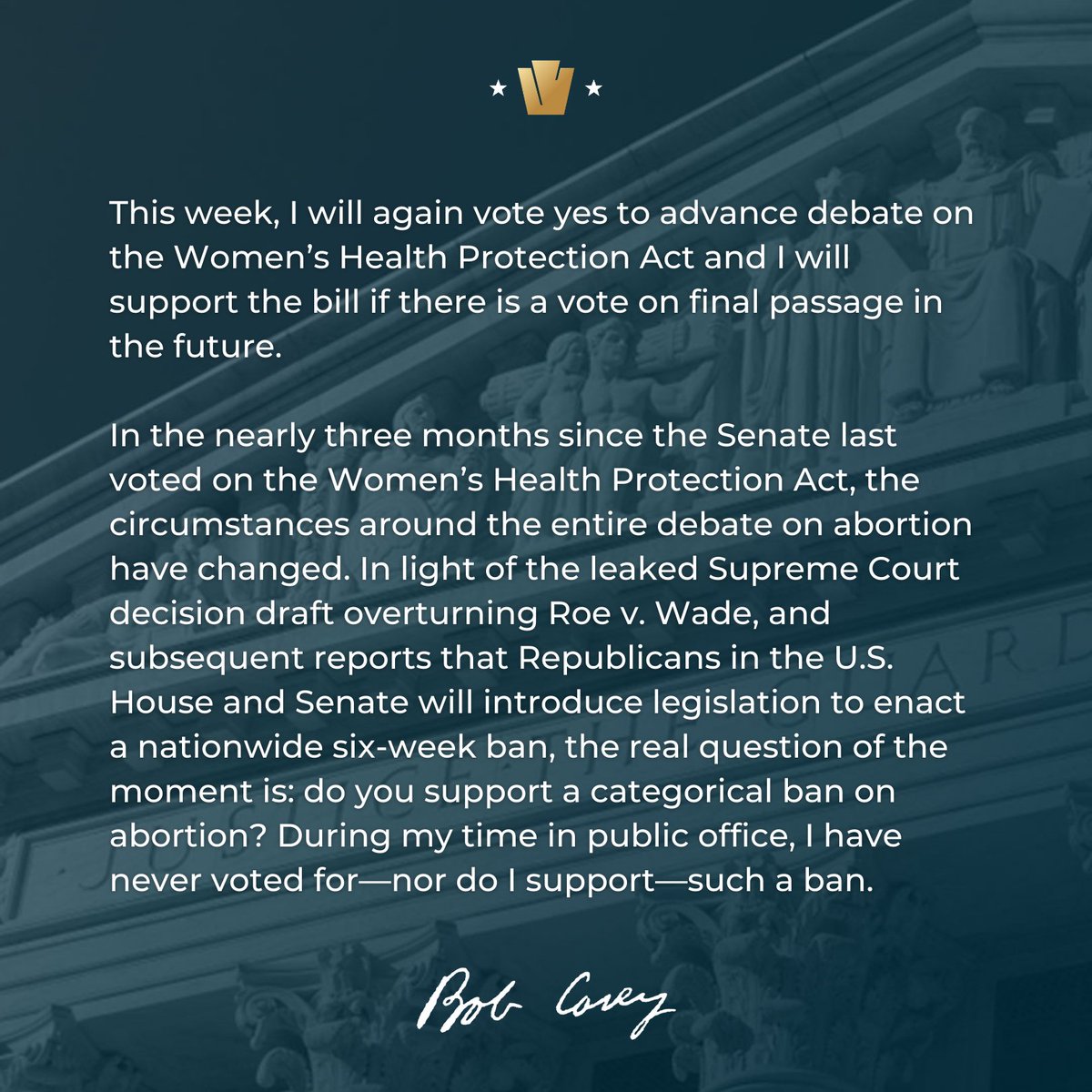