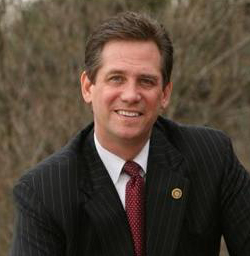 On Monday, Solicitor General Bruce Castor was against releasing Doug Gansler’s report on the lewd email scandal. On Tuesday, he was for it.

“Looking at the emails, I was unable to follow which folks sent what – and if I can’t understand it, how are we supposed to explain it to the public. There is no way this is ready to go. It was incomplete,” Castor said. “I’d rather hear whether the law was being properly enforced rather than whether a bunch of adolescent emails were being sent around. I don’t care about the outcome of the report. I just want it to be thorough and complete. I didn’t want little pieces of the pie, and that’s what I got: I got a porno slice.”

His full statement is included below:

The addendum will be completed by next week, and a press conference will then be scheduled at the earliest date available thereafter.

Hopefully Castor will elaborate on why his opinion changed so drastically and so quickly at the press conference.