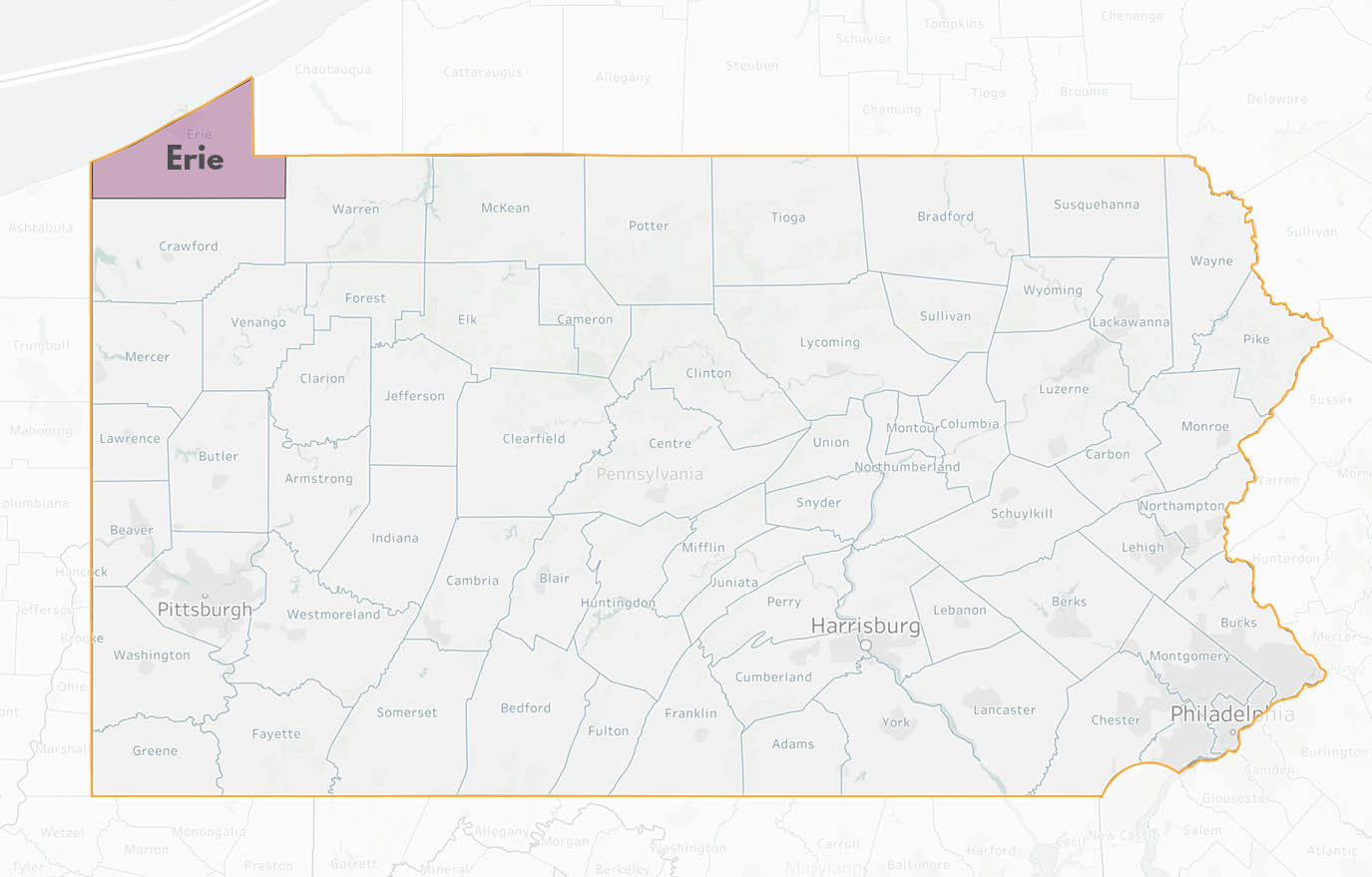 Several swing counties within several swing states “might serve as the best indicator” of who will win the upcoming presidential election. Third Way, which Axios describes as a “center-left think tank,” highlighted 21 counties in six swing states and determined one county in Pennsylvania is the bellwether of the Keystone State.

The analysis from Third Way determined that Erie County is set to be the bellwether for Pennsylvania in the upcoming presidential election.

The article pinpoints Erie County’s voting in the seven most recent statewide elections since 2016.

“Pennsylvania has 67 counties, and only one picked the winner in all seven races,” writes de la Fuente. “That honor goes to Erie, which is the core of the Erie metropolitan area.”

President Donald Trump won Erie County by just over 1.5 points in the 2016 election over Sec. Hillary Clinton, becoming the first Republican presidential candidate to win the state since Ronald Reagan in 1984. Trump’s total in the county was nearly a 20 point swing after President Barack Obama carried the county in 2012 by 17 points over former Gov. Mitt Romney (R-MA).

de la Fuente dubbed Erie as a “reliably Democratic county at the presidential level” until it swung to Trump in 2016.

Sen. Pat Toomey (R-PA) held off a challenge from Democrat Katie McGinty by about 3.5 points, or just over 4,000 votes, in the county. Both Trump and Toomey had larger margins of victory in Erie County in comparison to their state total victories.

In 2018, Sen. Bob Casey (D-PA) defeated Rep. Lou Barletta (R-Luzerne) by 18 points, or over 18,000 votes, in Erie County, while Gov. Tom Wolf (D-PA) beat GOP state Sen. Scott Wagner by 21 points, or 21,000 votes, in the county. Both Casey and Wolf’s margin of victory in Erie County was larger than their state total victories for their reelection bids.

Third Way isn’t the only national outlet to highlight the importance of Erie County in the upcoming presidential election.

The Hill labeled Erie County as one of the ten counties in the nation that will decide the 2020 election, in a September 2019 article.

The full story from Third Way can be found here.