Christian to Remain on US Senate Ballot 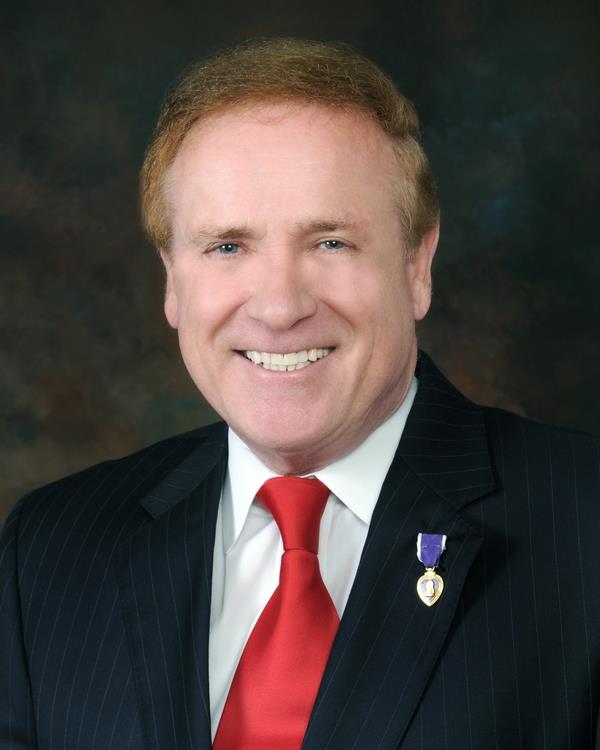 David Christian will remain on the ballot for U.S. Senate. Representatives of the Pa. Republican Party plan to withdraw their challenge to the nominating petitions of the Bucks County businessman and veterans’ advocate.

Christian characterized the challenge as mean-spirited.

“I don’t understand why state committee would target one individual, especially one who has paid so many dues,” he said. “They challenged my address where I’ve lived for thirty years. They challenged my sister who had a stroke – her handwriting.”

Christian is a combat veteran of Vietnam, where he suffered severe burns from napalm. He earned 7 Purple Hearts among numerous other awards. He ran for U.S. Congress twice in the 1980s. Since, he worked as an advocate for veterans and a businessman. He currently runs a business consulting firm.

His campaign turned in 3,177 petition signatures, the fewest of any Senate hopeful (Marc Scaringi, the nearest to Christian, turned in 5,500; Sam Rohrer turned in the most at around 13,000). The minimum required for U.S. Senate is 2,000.

Christian’s petitions were challenged by Roger Doolittle, Mary Patricia Freitag and Donna M. Cosmello in an effort coordinated by the Pa. Republican Party. Their counsel, Vic Stabile, is former chairman of the Cumberland County GOP and part of the PAGOP’s legal team.

The problem? On over half of Christian’s petition sheets – 130 of 254 – circulators had improperly filled out their affidavits. Rather than list the county of residence for petition signers, they listed their own.

“We had a legitimate challenge,” said Stabile. “The law is very clear about what is required in a circulator affidavit. There were mistakes in half of them.”

“I fully expect Monday that I will be filing a notice with the court to withdraw the challenge,” Stabile added. “It would be tough to garner enough other challenges to strike him from the ballot.”

Primary voters will see Christian’s name at the top of the ballot on April 24. He drew top position in Senate race above four other candidates including endorsed Republican Steve Welch. Welch is an entrepreneur from Chester County.

More than any other candidate, Christian’s presence on the ballot threatens to syphon votes from Welch. The two draw from the same geographic base in southeast Pa.

Christian said the challenge from the state party had bolstered his standing among party activists, many of whom were put off with the manner in which state committee endorsed Welch.

“It’s bad enough when the party rebukes half of the party by saying no open primary,” Christian said. “We became the underdog of the campaign. I have a number of endorsements coming out; people who are upset with the leadership and the way they ramrodded this process.”