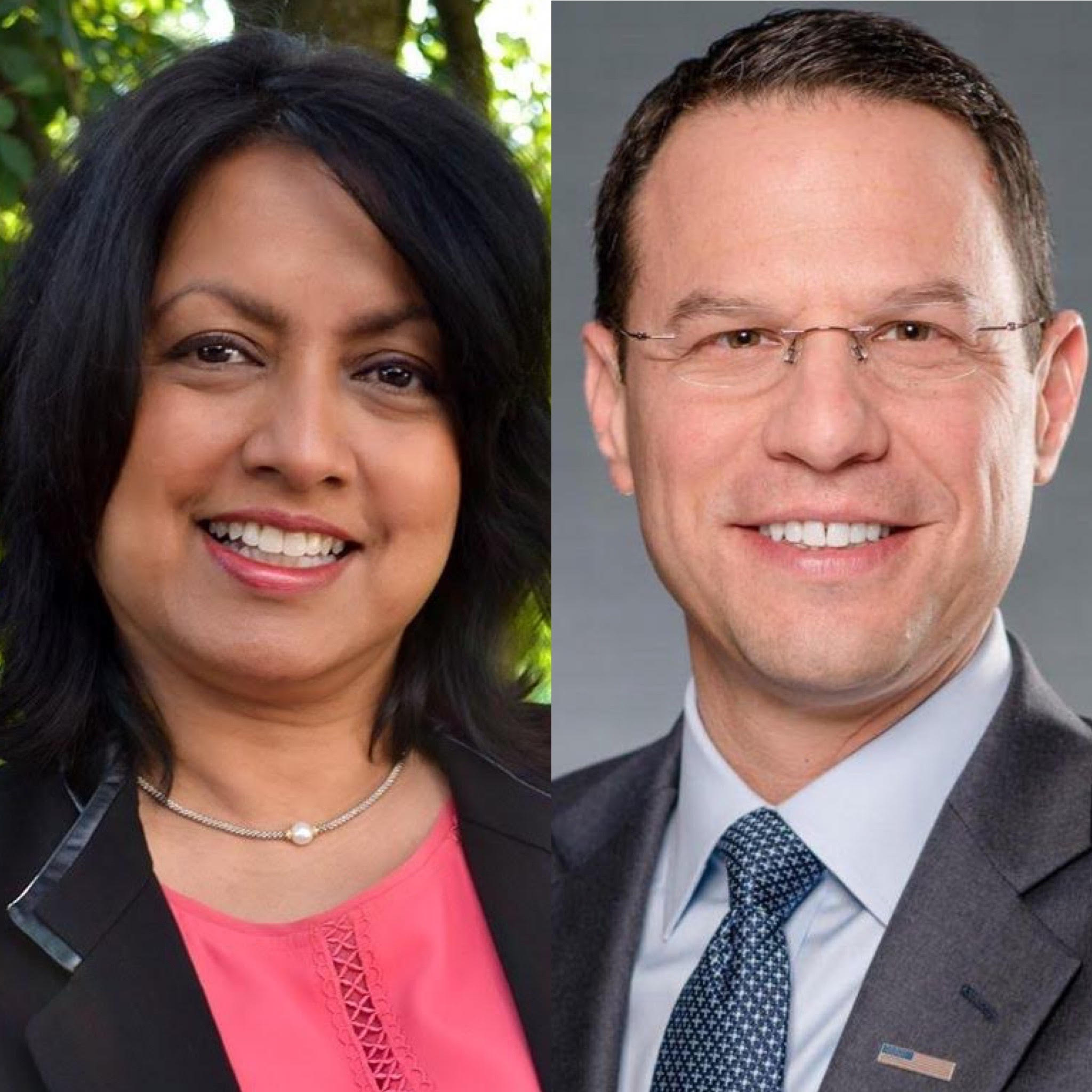 A pair of Pennsylvania Democrats have the advantage over their GOP opponents, according to polling commissioned by this well known liberal website.

Shapiro leads Heidelbaugh, a former Allegheny County Councilwoman and Pittsburgh-area attorney, by 11 points, 52%-to-41%, in the race for Attorney General among likely voters in the state, while 6% remain unsure, 3% back Libertarian candidate Daniel Wassmer and 2% support Green Party candidate Richard Weiss.

48% of likely voters said that they would vote for Ahmad, a former Deputy Mayor of Philadelphia, if the election were held today, while 41% said that they’d vote for DeFoor, a Dauphin County Controller, and 6% that said they are undecided. 3% back Libertarian candidate Jennifer Moore in the race and 2% support Green Party candidate Olivia Faison.

The latest polling didn’t include the race for Treasurer between Democratic incumbent Joe Torsella and GOP challenger Stacy Garrity.

While each candidate has overwhelming support within their party, both Democrats also lead with Independent voters polled as well.

According to analysts at FiveThirtyEight, Civiqs has an overall B/C grade.

On Sept. 2, a Monmouth University poll of registered voters in the state showed Shapiro ahead of Heidelbaugh by 10 points, 51%-to-41%, while Ahmad held a 2 point advantage over DeFoor, 43%-to-41%.

A Trafalgar Group poll commissioned by the American Industry Project, whose contact number matches a DC-area consulting firm called Huckaby Davis Lisker Inc. that has worked for a wide range of GOP candidates and causes, showed a much tighter race for Attorney General. Their polling released on Sept. 23 showed Shapiro leading Heidelbaugh by just over 3 points, 46.7%-to-43.2%, while 5.3% were undecided.

This Civiqs/DailyKos poll, surveying 1,145 likely Pennsylvania voters, collected data between Oct. 23-26, has a margin of error of +/-3%.

The crosstabs for the polling can be found here.