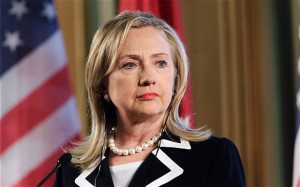 As Donald Trump was named the presumptive nominee by none other than the RNC Chairman, the Clinton campaign revealed that they’ve been preparing for him for weeks.

According to Gabriel Debenedetti of Politico, the Democratic front-runner began assembling general election teams after the New York primary on April 19th.

“In recent days, the Clinton campaign has finalized a series of senior hires around the country, expanded the size of her central swing-state planning team in New York, and hundreds of thousands of dollars have been transferred to strategically important state parties from the Democratic National Committee,” Debenedetti writes. “She’s also scheduled a series of public speeches and private meetings in states that will be crucial to her general election campaign.”

The campaign is hiring top staffers and making stops in general election swing states even as a month remains on the primary calendar. The Clinton team plans on maintaining a close coordination with state parties and other Democratic campaigns.

“Some state operations — particularly those in states where a Senate seat is up for grabs, such as Colorado, Florida, Iowa, Nevada, New Hampshire, North Carolina, Pennsylvania, and Wisconsin – have already built up large teams, even before they are further expanded with campaign staffers moved over from primary states,” Debenedetti explained.

PoliticsPA reached out to Debenedetti to ask how many staffers the Clinton campaign currently has in Pennsylvania. He did not have a precise number.

Meanwhile CNN’s Dan Merica and Jeff Zeleny are reporting that Corey Dukes, the head of Clinton’s PA primary effort, will be staying on through the general election campaign.

We made a query to Clinton’s PA spokesman, who stated he could not confirm any staff besides Dukes.