Coleman, Frye Call for GOP Civility in Quest for Nominations 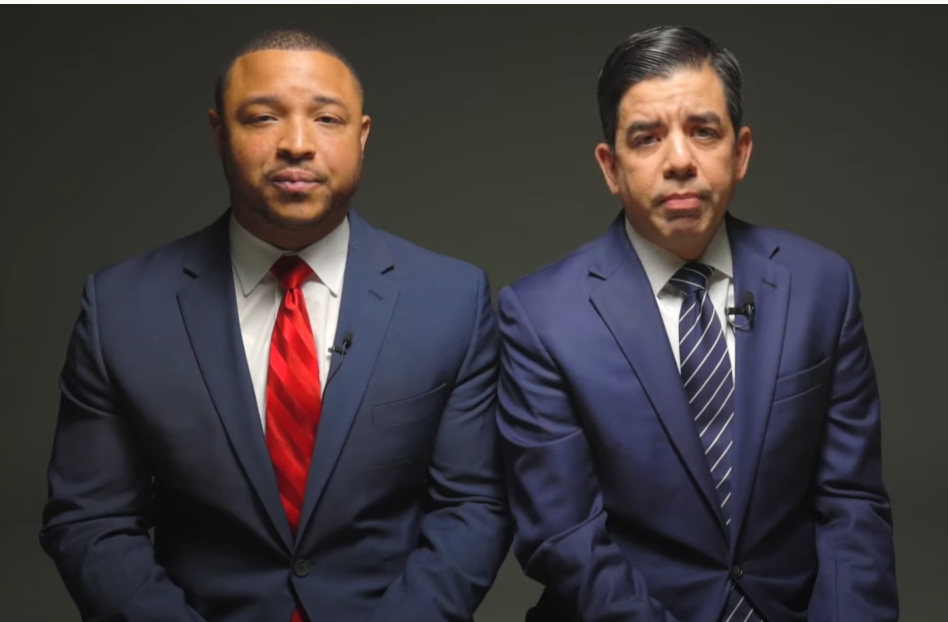 Republican candidates for lieutenant governor Jeff Coleman and Chris Frye released a video via social media on Thursday, calling for more civility among the GOP candidates for all offices.

The pair appeared in the 1:50 video addressing the campaigning tactics of Doug Mastriano and Teddy Daniels, candidates for the PA governor and lieutenant governor, respectively. Taking alternate turns speaking, Coleman and Frye called them out for “using slogans and borderline slander to pit one group of conservative Republicans against another saying one side is right, but implying the rest are somehow enemies of the people.”

“This has to stop. We’re never going to win an election against the Democrats this fall if we keep acting and talking like this,” Coleman added.

“The attacks leveled against Coleman and Frye only do a disservice to Republican voters,” the campaigns said in a statement. “Coleman and Frye have both served as elected officials, and know that winning elections means debating issues not launching veiled criticisms about your opponent’s character by way of name-calling and spreading misinformation about someone’s background.”

The video is in response to a Facebook Live post done by Daniels. The former Army combat veteran and congressional candidate said “Never before in Republican politics have I heard someone quote Mr. Rogers. Everybody who lives in my neighborhood, “We’re taking back our country, we’re taking the power away from the establishment. Our voices will be heard again, I promise you.”

Coleman was not named, but the campaign claims that it is in reference to him, as the candidate does refer to the late Fred Rogers in stump speeches and campaign literature.

Daniels continued, “Again, you’re not gonna like everything I have to say but you’re gonna hear it from me. Because I’m not trying to make people happy. The days of playing nice are over. The time of playing nice is over. You have the Democrats coming at us with brass knuckles and baseball bats and we still have people on the right that want to play patty-cake and engage in pillow fights. That’s not how we win.”

The video from Coleman and Frye “is a respectful appeal to Mastriano and Daniels to stop these baseless attack and focus on the issues because that is what the voters deserve.”