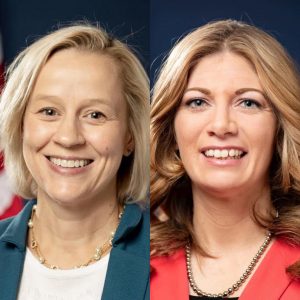 A pair of Democrats from Montgomery County are the newest members of the Senate Democratic leadership for the upcoming session.

Collett will be succeeding state Sen. Larry Farnese (D-Philadelphia), who lost his reelection bid in the Democratic primary to Senator-elect Nikil Saval, as Caucus Secretary. Muth will be taking over for Sen. Lisa Boscola (D-Northampton) as Democratic Policy Chair.

I am, again, humbled by the trust my @PaSenateDems colleagues have placed in me to serve as leader of this dynamic and diverse caucus. I believe the strength of our caucus comes from that diversity: ideologically, geographically and demographically.