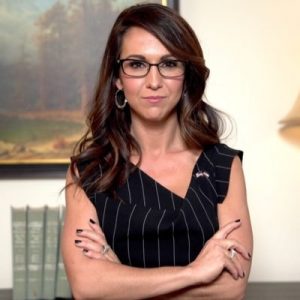 A conservative freshman Congresswoman from Colorado is slated to be a featured speaker for a local Republican Party breakfast in the Lehigh Valley.

Rep. Lauren Boebert (R-CO) will be one of multiple featured speakers for the Lehigh County Republican Committee’s Lincoln Day Breakfast on Feb. 27 at the Iron Lakes Country Club in Allentown.

Lehigh County Republican Party Executive Director Robert Arena told PoliticsPA in an interview that Boebert will be participating in the event via Zoom and will speak solely about the 2nd Amendment.

“She is a rising name right now in politics and she is a great 2nd Amendment advocate,” Arena said to PoliticsPA about Boebert.

While conservative Republicans have praised Boebert for being an outspoken Second Amendment advocate, Democrats have blasted her for ties to the Qanon conspiracy theory.

Another sign of the GOP’s direction in PA: Lehigh Valley GOP is hosting Rep. Lauren Boebert as a Lincoln Day breakfast speaker later this month – and that’s in a left-leaning county.

On the same lineup as the state party chairman: pic.twitter.com/v67hgVVXQC

Scheller, who has already filed to run for Congress again in 2022, will talk about how she will help the local committee and candidates up and down the ballot in 2021, Arena said.

Joe Biden bested President Donald Trump by just over 7.5 points in the county, while Rep. Susan Wild (D-Lehigh) defeated Scheller by just under 6.5 points here during the 2020 election.

The coffee reception will take place from 8:00-8:55 AM, followed by the buffet breakfast and the program beginning at 9 AM.

Full details for the event can be found here.