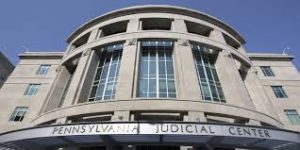 Marsy’s Law, a proposed victims’ rights amendment that is set to be voted on by the people of Pennsylvania on Nov. 5, will not take effect immediately to the state constitution due to a ruling today in the state Commonwealth Court.

Judge Ellen Ceisler issued a preliminary injunction on Wednesday, which was requested by voters and the state League of Women Voters, according to the AP.

Opponents of Marsy’s Law believe that the amendment is “too broad” and would cause “immediate and irreparable harm” to the accused, while supporters believe is is constitutional and will help victims, WITF reports.

Voters will still be able to vote on the amendment on Nov. 5, although the ruling today will prevent election officials from counting the votes while the legal challenge plays out. The Pennsylvania Capital-Star said it’s a process that “could last years.”