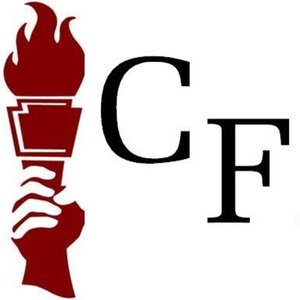 A poll commissioned by the Commonwealth Foundation and conducted by Susquehanna Polling and Research found that union members and households support a policy that union leaders loudly oppose.

Paycheck Protection is shorthand for policies that prohibit automatic deductions from union members’ paychecks to pay union dues. As the law currently stands, government employee union dues are automatically paid via state government payroll services, much like the way taxes are deducted.

Unions won the ability to automatically deduct at the bargaining table and argue that it directly impacts their ability to operate.

88% of respondents said their dues were automatically deducted.

“These survey results demonstrate union members themselves don’t want to be a part of the misuse of taxpayer resources,” said Matthew Brouillette, president and CEO of the Commonwealth Foundation.

In the case of any poll commissioned by an interest group, the results should be taken with a grain of salt.

The Pennsylvania Budget and Policy Center was not entirely convinced by the findings.

“This is really about weakening the voice of working families and lowering the wages of all workers, non-union as well as union. That’s why bills like this are often called “right to work for less,’” Executive Director of the Keystone Research Center and economist Stephen Herzenberg told PoliticsPA. “It’s easy to get lost in the weeds on this issue, which makes credible polling difficult. What is clear is that once voters understand that this is another power grab by folks who want the top 1% to have more economic and political clout, they will oppose it.”

The poll uses charged language favored by the Commonwealth Foundation. For example, the pollster asked:

“Do you agree or disagree with this statement: ‘A law preventing unions from using public resources to collect dues from its members will empower individual teachers and workers to have greater control over how their money is spent on politics’.”

Had a union or left-leaning group commissioned the poll, the question might have sounded closer to this “Would you support an effort by Republican lawmakers to suppress the ability of your union to operate?”

The results weren’t entirely anti-union; 75% of respondents said that their union represents their interests some or most of the time.

50% of respondents belonged to public sector unions, 46% to private sector and 4% to both. 80% of them had belonged to the union for 10 or more years.