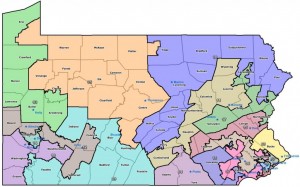 Few states have had as many competitive congressional races over the past decade as Pennsylvania. But this year is turning out to be a bust for competitive races.

The most recent round of redistricting leaned Republican, but it left several potentially competitive House districts. “Potentially,” however, has not morphed into “actually.”

After months of diminishing vulnerability for incumbents, it became clear by October that only one congressional seat in Pennsylvania was genuinely vulnerable for the party controlling it – the one held by Democratic Rep. Mark Critz.

Following the Democratic moves, Republican candidates and groups have also abandoned plans for ad buys in races other than Critz-Rothfus.

With such developments, we’re ready to place our marker in our regular congressional vulnerability rankings. (The previous ratings, published Aug. 7, are here.)

As always, these ratings are based on consultations with a range of state and national political experts. We list the seats in descending order of vulnerability, which we define as the likelihood of the seat switching party control in the 2012 election.

With the rankings below, we’ll see how we do on Election Night.