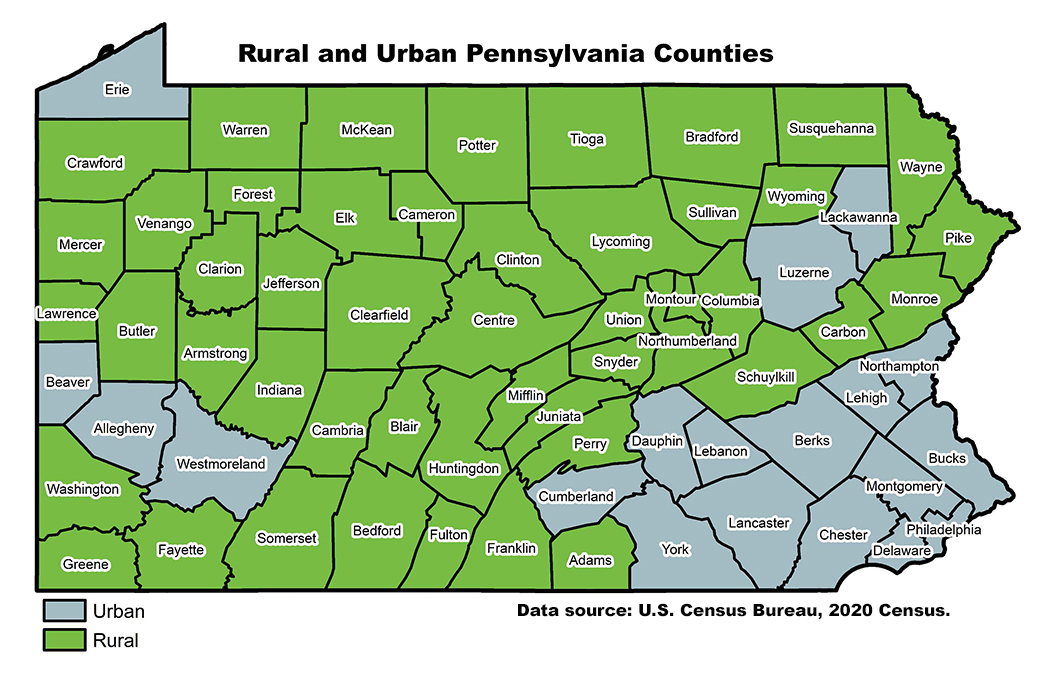 Over the last two election cycles, Pennsylvanians in rural sections of the commonwealth have become even friendlier toward Republican candidates. That fact has not been lost in Democratic circles.

Lieutenant Governor John Fetterman, a Democratic candidate for the U.S. Senate, understands that the party cannot afford to write off these counties while focusing time, energy and dollars on the cities and their suburbs.

Fetterman brought his campaign to Mercer County last weekend and said it was important to not think of rural areas as “going red” and to continue visiting all 67 counties in PA to meet with as many people as possible.

“We have to have the conversation with as many folks as we can,” said Fetterman to supporters at the Apollo Maennerchor Club in Sharon. “It’s about closing the gap and having a better, fuller understanding of what these counties need.”

In 2018, nearly 3.4 million people – approximately 26 percent of the state’s 12.8 million residents – lived in Pennsylvania’s 48 rural counties according to the U.S. Census Bureau. And over the last two decades, PA’s rural population became more racially diverse with nearly 150,000 – a gain of four percent of the total population.

Pastore, running in the 16th District, said it is important to retain and create good-paying jobs to help revive the economy. “We are a very diverse district,” he told the Sharon Herald. “We have urban areas like Sharon and Erie, and then we have very rural areas.”

“Rural communities are resilient,” said Rob Morgan, Pennsylvania state director for the U.S. Department of Agricultural Rural Development, to the Bradford Era. “As the success of rural America goes, so goes the rest of the country.”

The message that Fetterman is delivering is also resonating with Republicans such as Francis Auriemmo, who voted for Donald Trump.

Fetterman, who made other stops throughout northwestern Pennsylvania last weekend, was told recently that he had entered “enemy territory.”

“No, not enemy territory,” Fetterman replied, “just friends we haven’t met yet.”