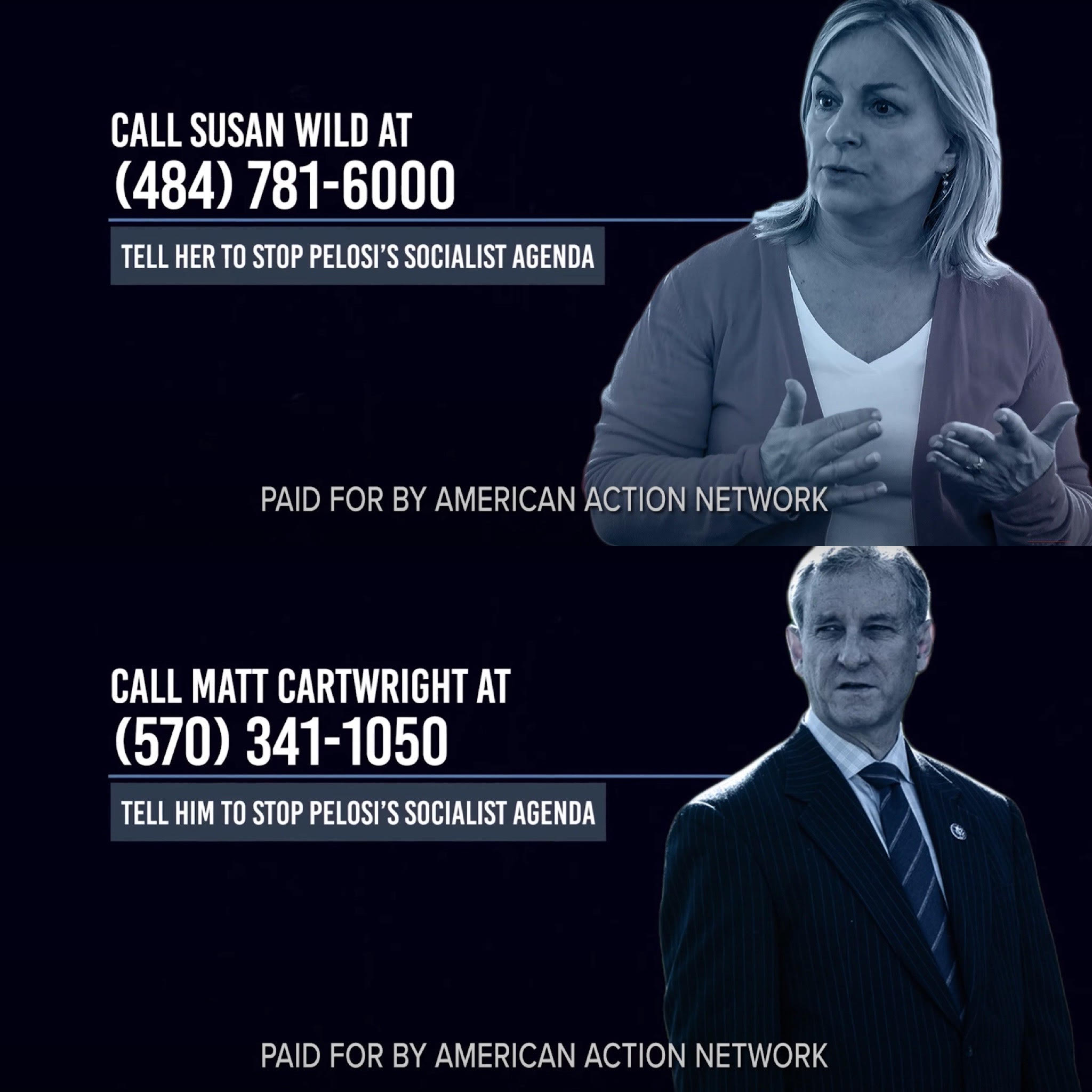 As Democrats’ consider a $3.5 trillion spending plan, a conservative group is pressuring a pair of Pennsylvania Democrats to oppose the legislation.

American Action Network, a group that promotes “center-right solutions to our nation’s challenges,” has launched an ad campaign that will run across 39 House Districts in total with television and digital advertising in 21 districts and “other advocacy” in 18 more districts.

The 30 second spot accuses “D.C. liberals” of spending trillions, which has resulted in inflation and other costs rising, and tells the viewer to call the congressmember’s office at the end of the ad to urge them to oppose the next spending proposal.

“First, D.C. liberals spent trillions,” a voiceover says at the beginning of the 30 second spot.

“Now, Americans face record inflation, paying more for gas and groceries, a hidden tax on the working class,” the ad continues. “Now, Nancy Pelosi and her liberal allies are pushing new tax hikes, trillions in more spending, and another socialist healthcare plan to control what medicines you can get, a socialist prescription we can’t afford.”

The ad ends by mentioning the congress member’s name and telling them to oppose “Pelosi’s socialist agenda.”

Cartwright’s campaign shot back at the ads and touted the Democrats’ economic agenda.

“Nearly 1 million Americans went back to work last month and wages are rising. Rep. Cartwright and Democrats’ economic recovery plan is working, and they’re ready to build on it,” said Matt Slavoski, spokesperson for Cartwright. “While Republicans gave handouts to millionaires and corporations when they were in power, Rep. Cartwright and Democrats are working to invest in creating more jobs and cutting taxes for the middle class – and they’ll pay for it by making sure the wealthy and the biggest companies pay their fair share. Republicans and their allies are spreading lies to protect corporate profits, while Rep. Cartwright is sticking up for the working people of Northeastern Pennsylvania.”

Wild’s campaign did not respond with a comment to the ad campaign.

Although there isn’t Pennsylvania specific polling for the spending plan, there have been a few national polls to indicate that around 60% of Americans back it.

Gallup reports that a Quinnipiac poll conducted between July 27-Aug. 2 found that 62% support the bill, while 32% oppose it when they were asked if they “support or oppose a $3.5 trillion spending bill on social programs such as child care, education, family tax breaks and expanding Medicare for Seniors.” A Monmouth University poll conducted between July 21-26 showed similar results with 63% supporting the bill, while 35% opposed when asked if they support or oppose “a plan to expand access to healthcare and child care, and provide paid leave and college tuition support.”