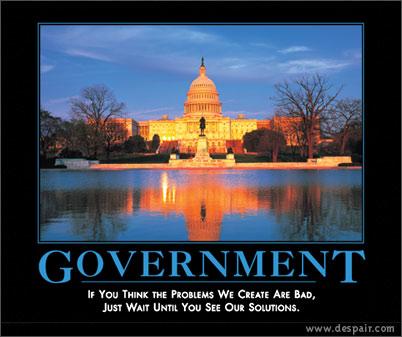 As Constitution day (September 16) approaches, we as Americans are asked to sit back and review our government, its functions, its strengths and weaknesses, and the document that started it all – the U.S. Constitution.

Unfortunately, the fourth annual poll commissioned by the Associated Press and the National Constitution Center in Philadelphia meant to track public opinion on constitutional issues, reveals dismal numbers across many categories. Americans are losing faith in the American government and most of its policies.

The poll included questions about 19 different institutions in the U.S. ranging from the federal branches to local governments, from public schools to organized religion.

Out of all of these, the US Congress ranked as dead last for institutions that can be trusted, with the highest no-confidence read of any institution (31 percent). A record high in this poll, 57 percent of Americans, have little or no confidence in Congress.

The U.S. military had the highest confidence of Americans with 54 percent.

Down from 73 percent to 61 percent is the number of Americans opposing increasing presidential power in regards to economic issues. Although this still reflects a majority of Americans, its seems more people are willing to let Obama take a hand in attempting to improve the economy.

However, 82 percent of Americans do not want the federal government to have the power to require that all Americans purchase health insurance. Republicans and independents, coming in at 95% and 87% respectively, are particularly opposed to this idea.

It’s the second piece of bad news for Democrats on the health care front. Today, Harrisburg federal judge Christopher Conner ruled that the requirement in President Barack Obama’s health care overhaul that individuals buy health insurance is unconstitutional. Federal courts have ruled alternately for and against the law, meaning that the final determination will likely be made by the U.S. Supreme Court.

Approval ratings for the federal government regarding national security is up from 53 percent to a surprising 72 percent. Regarding the government’s performance in making sure Americans feel safe, secure, and free, ratings are also up from 54 percent to 63 percent. Unfortunately, only a dismal 9 percent ranked the government as “very good” for prioritizing Americans’ well-being over special interests.

The good news is that the majority of Americans, around 75 percent, still have faith in the Constitution and think the document is time-tested, remaining relevant today.

“As our nation grapples with economic and political turmoil, the majority of Americans regard the Constitution as a steady beacon,” said National Constitution Center President and CEO David Eisner. “There is a ray of light, however; Americans seem to be saying that ‘We the People’ have the power to fix what’s not working in America.”

The poll, conducted from August 18-22, was compiled via telephone survey with 1,000 adults across the country by GfK Roper Public Affairs and Corporate Communications. It has a margin of sampling error of plus or minus 4.1 percent.