Control of the State House At Stake 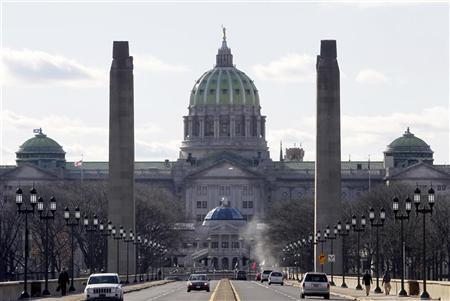 Got my own mindI want to make my own decisionsWhen it has to do with my life, my lifeI wanna be the one in control

For the first time since 2010, Democrats in the Pennsylvania State House see an opportunity to become the majority party after the outcome of Tuesday’s general election.

Democrats and Republicans are tied 100-100 in the 203-person chamber with three races yet to be called. Of those three outstanding contests, Dems lead in two of the three of the races. The magic number to become the majority party is 102.

Why It Matters: SD 106 – the bill that states that there is no constitutional right to taxpayer-funded abortion or other right relating to abortion among other items – must be passed by two consecutive sessions of the General Assembly before it can be placed on the ballot as a Constitutional question for voters. It passed last summer and, if adopted again in the early months of the new session, would appear on the May 2023 primary ballot. A Democratic majority in the House could jeopardize that schedule.

The last time that Democrats held a majority in the PA House was 2010. Republicans have controlled both chambers in Harrisburg since 2011, and the state Senate has been majority-Republican since 1994.

These races have not been “called” or projected to have a winner, according to the New York Times.

HD7: Republican Parke Wentling is the projected winner over Democratic challenger Tim McGonigle in this Mercer County race. He has an 872-vote lead.

HD18: GOP incumbent Rep. K.C. Tomlinson is the projected winner over Democratic challenger Laurie Smith with a 1,145 vote advantage in this Lower Bucks seat that Joe Biden won by 5% in 2020.

HD137: Incumbent Republican Joe Emrick is the projected winner over Dem opponent Anna Thomas with a 766-vote lead in Northampton County. Emrick has been serving this district since 2010.

HD160: Incumbent Republican Craig Williams is the projected winner over Democratic challenger Cathy Spahr as he leads by 2,407 votes in this Chester/Delaware County district.

HD172: Democratic Rep. Kevin Boyle is the projected winner over Republican challenger Al Taubenberger with a lead of 2,026 votes.

Still Up For Grabs

HD142: In a fascinating Bucks County race, Democrat Mark Moffa has a two-vote (yes, you read that correctly) edge over Republican newcomer Joseph Hogan. The county results website states that in-person, absentee and mail-in ballots are partially reported. Bucks County received 87,959 absentee and mail-in ballots and counted 85,572 in the Senate race. Incumbent Frank Farry (R) did not seek re-election. Joe Biden won the district by 2% in 2020.

HD144: In a central Bucks battleground, incumbent Republican Rep. Todd Polinchock trails by 406 votes to Dem opponent Brian Munroe. Polinchock has been serving this district since 2018. Joe Biden narrowly won the district by 3% in 2020. The county results website states that in-person, absentee and mail-in ballots are partially reported. Bucks County received 87,959 absentee and mail-in ballots and counted 85,572 in the Senate race.

HD151: Incumbent Republican Todd Stephens holds a 26-vote lead – which translates to .08% –  over Democratic challenger, Melissa Cerrato in this Montgomery County nailbiter. Montgomery County received a total of 118,224 mail-in and absentee ballots by 8pm on Election Day and has 4,331 pending. Stephens has been serving this district since 2010. In 2020, Joe Biden won the district in a landslide by 25%.

It is worth noting that many mail voters who were unsure that their ballot would be counted due to the controversy over undated ballots may have cast provisional ballots. From previous experience, it takes approximately one minute to properly review each provisiona100