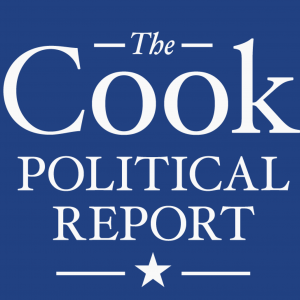 Another national ratings outlet views Pennsylvania’s 2022 Senate race as a Toss Up.

The Cook Political Report’s first Senate ratings for the 2022 cycle lists Pennsylvania as one of two states that are considered to be Toss Ups. North Carolina’s Senate race is the other listed in the same category.

Larry Sabato’s Crystal Ball rated Pennsylvania’s Senate race in 2022 as the lone Toss Up of the cycle in its initial ratings.

In the Cook Political Report’s “2022 Senate At-A-Glance breakdown,” they provide a list of potential candidates for each state as well.

“This list of potential candidates for the 2022 elections is highly speculative and contains names that have been mentioned as either publicly or privately considering candidacies, or worthy of consideration as candidates or recruiting prospects by the parties or interest groups,” the analysis states. “The numerical key indicating our assessment of each person’s likelihood of running is obviously important, given the “long and dirty” nature of this list, which will be updated each week.”

Due to Sen. Pat Toomey’s announcement that he wouldn’t seek a third term, there’s several potential candidates mentioned under the Democratic and Republican parties.

Fetterman is the lone Democrat of the group to formally announce a bid for the seat thus far.

None of those potential GOP candidates have formally announced their entrance into the 2022 Senate race.