Cook Political Report: Kelly Shifts Down From Solid to Likely GOP, Wild Moves Up From Leans to Likely Dem 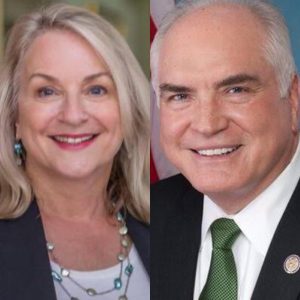 The lead for an incumbent Republican in western Pennsylvania shrinks a tad, while an incumbent Democrat in the Lehigh Valley expands her lead, according to the latest ratings from the analysts at the Cook Political Report.

Cook’s David Wasserman writes that Scheller “looked like one of Republicans’ most promising challengers of the cycle,” and cited her TV ad that details her overcoming a heroin and alcohol addiction.

“But as Trump’s numbers have ebbed, Scheller’s math has gotten harder,” Wasserman added.

He also pointed to a Morning Call/Muhlenberg College poll released last week that showed Wild leading Scheller by 13 points, 52%-to-39% in the district that sided with Sec. Hillary Clinton over President Donald Trump by 10 points in 2016.

In the rating change for the 16th District, Wasserman writes that Gnibus, a teacher, was “mostly written off by DC Democrats,” but then lauded her campaign for her first TV ad of the cycle, on the airwaves before Kelly’s first ad, that details her background as a single mother, while also slamming Kelly, a former car dealer, who supporting a tax break for auto dealers.

Still the race is in a GOP friendly district, which leaves the race as Likely Republican.

“The district voted for Trump by 20 points in 2016, so it would only come into play in a Biden landslide scenario,” Wasserman writes.

On Election Day 2018, Cook Political Report rated Wild’s race for the open seat in the 7th District as Leans Democratic, while Kelly’s reelection bid for the 16th District was rated as Leans Republican.

After this latest ratings change, there are four races that are listed as more competitive in the state, according to the Cook Political Report. The lone race listed as a Toss-Up is Rep. Scott Perry’s (R-York) reelection bid in the 10th District. Reps. Matt Cartwright (D-Lackawanna) and Conor Lamb’s (D-Allegheny) races are rated as Leans Democratic, while Rep. Brian Fitzpatricks (R-Bucks) reelection bid is listed as Leans Republican.

6 thoughts on “Cook Political Report: Kelly Shifts Down From Solid to Likely GOP, Wild Moves Up From Leans to Likely Dem”