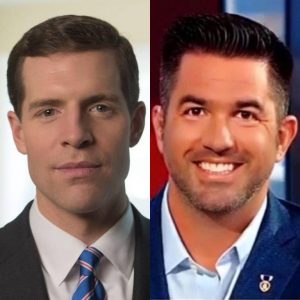 The race in the 17th Congressional District has moved further into the Democratic incumbents favor, according to the final House ratings from the analysts at the Cook Political Report.

Although President Donald Trump narrowly carried the boundaries of the 17th District in 2016 over Sec. Hillary Clinton, Democrats are confident that former Vice President Joe Biden is doing well in the district.

“On Sunday, GOP nominee Sean Parnell’s home was allegedly vandalized with pro-communist propaganda,” writes David Wasserman. “Other than that, the race has been quiet in the home stretch and Democrats are increasingly confident Biden is well ahead in these Pittsburgh suburbs.”

Wasserman added that Republicans “hope Parnell might run again in 2022, depending on the lines and the political environment.”

This is the second ratings change for this race in the fall. In late-September, the race moved away from Lamb’s direction from Likely Democratic to Leans Democratic.

Sabato’s Crystal Ball also has Lamb’s race listed as Likely Democratic, while Inside Elections rates the race as Solid Democratic.

The latest Cook Political Report ratings can be found here.