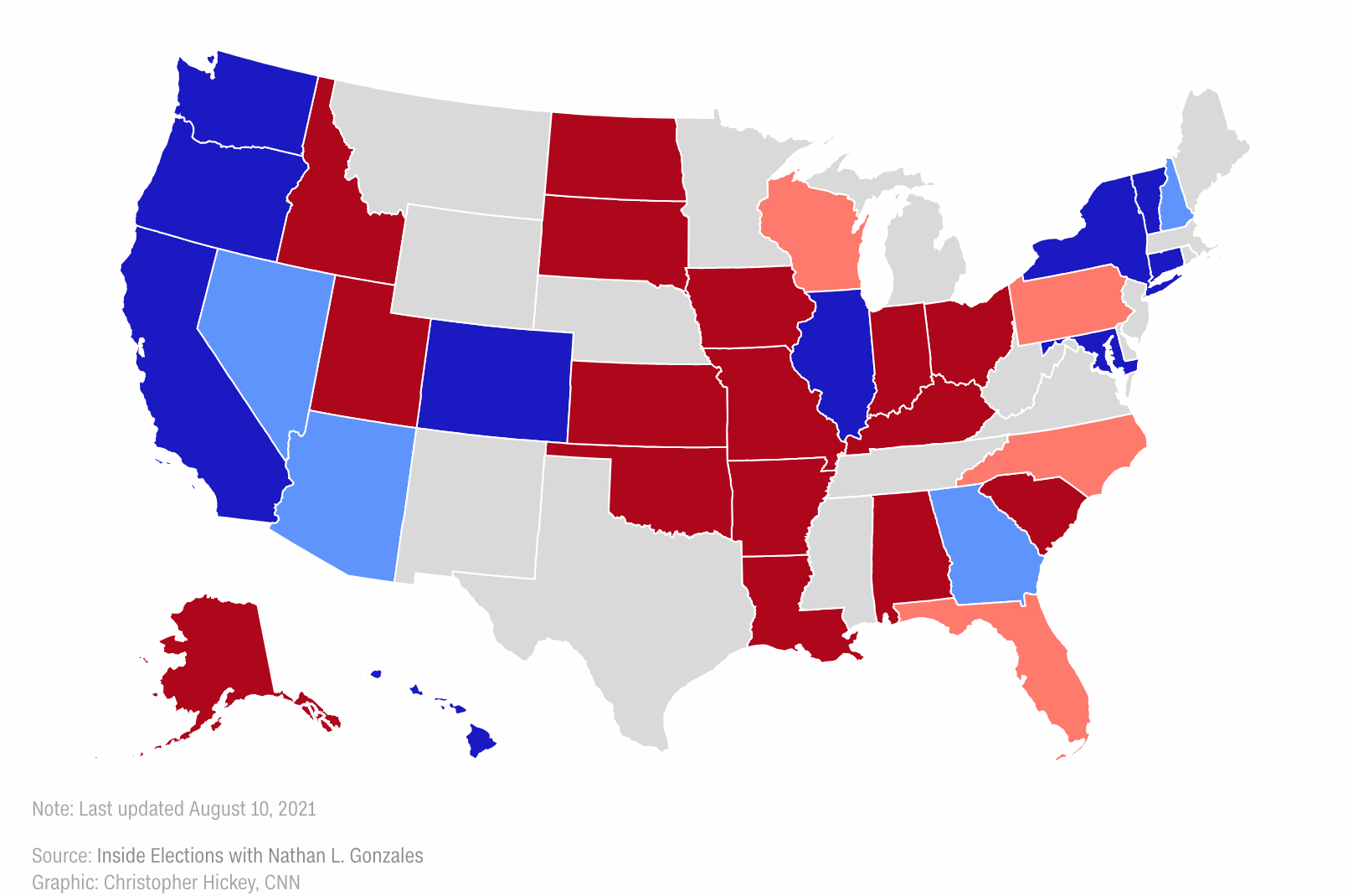 Pennsylvania’s Senate race isn’t the only Toss Up in 2022, according to this national ratings outlet.

In the Cook Political Report’s first Governor ratings for the 2021 and 2022 cycles, Pennsylvania is listed as one of three states that are considered to be Toss Ups. Arizona and Maryland are the other two in the same category.

“Democrats have to defend the open Pennsylvania seat, and while it starts in Toss Up for now, it’s one that could be tough for Republicans to challenge,” writes Jessica Taylor for Cook.

“This list of potential candidates for the 2021/2022 elections is highly speculative and contains names that have been mentioned as either publicly or privately considering candidacies, or worthy of consideration as candidates or recruiting prospects by the parties or interest groups,” the analysis states. “This list will be updated each week.”

Since Gov. Tom Wolf is term-limited, there’s multiple candidates mentioned under the Democratic and Republicans parties for the 2022 race.

Montgomery County Commissioner Joe Gale is the lone Republican to formally announce his entrance into the 2022 race.