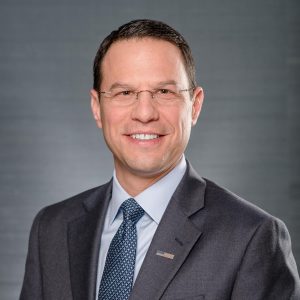 According to the latest ratings from the election analysts at the Cook Political Report, Democrats have the advantage in Pennsylvania’s Attorney General’s race.

Jacobson describes Shapiro, who was elected in 2016 to the statewide office, as a “rising star in the state,” and also points to his fundraising advantage over Heidelbaugh as well, although he adds that Republicans are “enthusiastic” about their nominee as well.

“Shapiro, currently in his first term, is considered a rising star in the state,” Jacobson writes. “He leads Republican Heather Heidelbaugh by a wide margin in fundraising, although Republicans are enthusiastic about her candidacy.”

In continuing his explanation for the race being “likely Democratic,” Jacobson references Shapiro’s vote total in 2016 and believes that Democrats are “seemingly in a better position in the 2020 presidential race,” as well.

“In winning the office in 2016, Shapiro outperformed fellow Democrat Hillary Clinton as she was losing the state; with Democrats seemingly in a better position in the 2020 presidential race, Shapiro is favored to win another term,” Jacobson writes.

For the 2020 bid, both Heidelbaugh and Shapiro ran unopposed in their party’s primary.

The latest Cook report ratings for Attorney General race’s from across the nation can be found here.