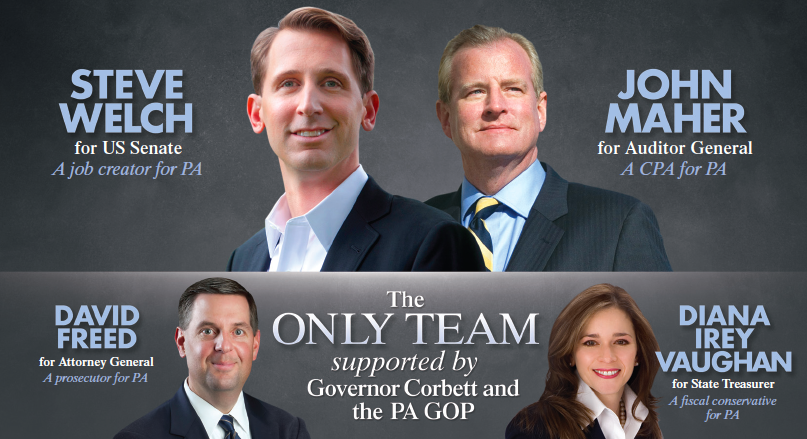 The Pa. Republican Party played their biggest card in the final days before the election: Tom Corbett. The Guv starred in a mail piece on behalf of the party’s endorsed candidates: Steve Welch for U.S. Senate, John Maher for Auditor General, Dave Freed for Attorney General and Diana Irey Vaughn for Treasurer. He also did a robocall for Welch specifically, according to a number of Republicans today.

That, plus their names on the ballot cards handed out by party workers at the ballots tomorrow (and the institutional advantage of PAGOP staff working the state on their behalf) are the primary benefits that the candidates will see.

Several Republicans said the PAGOP frequently send out a similar mailer along with an absentee ballot application. Not this year.

It was already enough for Freed, the Cumberland County District Attorney – the field was cleared for him in January. Likewise with Irey Vaughn for Treasurer.

According to second-hand reports of internal polling, it will also carry Maher, a state Rep. from Allegheny County, over the finish line. His opponent is former PA Community Bankers Assoc CEO Frank Pinto.

The campaigns are mostly focused on GOTV. Sam Rohrer for Senate is barnstorming around PA in his red truck, meeting with his army of grassroots supporters.

“Tomorrow is primary day, and I want to urge you to vote for Tom Smith in the Republican primary,” Morris says. He says Smith has the best chance to beat Sen. Bob Casey and possibly give the GOP a supermajority.

Welch’s campaign is also focused on GOTV, but noted that Smith’s camp has been awfully punchy in the past week for a camp that publicizes internal polling showing him up by 24 points (the Morris video, a press release Friday, and continual attack ads).

Smith’s campaign is likely hoping to keep the pressure up so as to prevent Welch’s and other attacks from gaining traction. 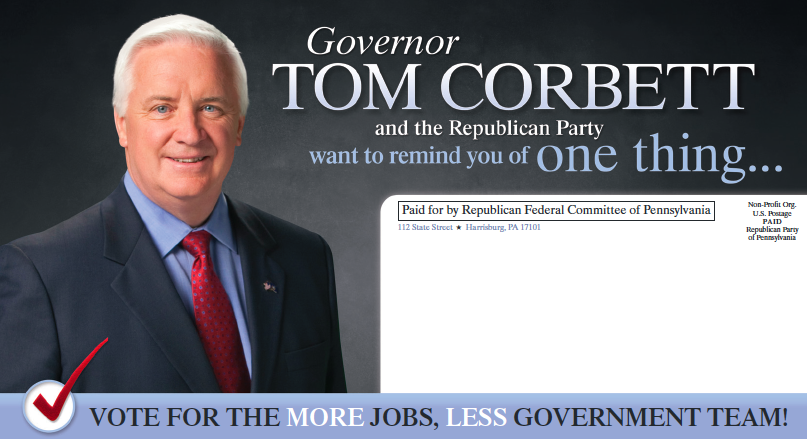