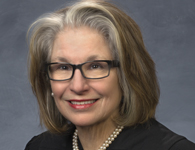 The Commonwealth Court of Pennsylvania overturned the Secretary of the Commonwealth’s decertification of Fulton County’s voting machines and granted all counties the authority to inspect electronic voting equipment.

President Judge Emerita Mary Hannah Leavitt overruled the preliminary objection, citing that “Whether prevention thereof is the responsibility of the Secretary or of the county boards of elections, or both, is not clear. Both are government agencies created by the General Assembly with discrete and separate roles to fulfill toward the end of honest elections in Pennsylvania. The county boards of elections are not bureaus within the Department of State subject to management by the Secretary of the Commonwealth. They are separate and standalone government agencies.”

“The court not only overturned the Secretary of the Commonwealth’s unlawful decertification of Fulton County’s voting machines, but also affirmed that the Secretary cannot prevent counties from exercising their statutory authority to inspect voting machines as part of their duty to ensure ‘safe and honest conduct of elections,’” explained Phill Kline, director of The Amistad Project.

In 2019, the then-Secretary of the Commonwealth Kathy Boockvar approved the Democracy Suite 5.5A electronic voting system produced by Dominion Voting Systems, Inc. (Dominion) for use in Pennsylvania. In accordance with this approval, Fulton County leased two Democracy Suite 5.5A electronic voting devices from Dominion and used themor the 2020 General Election.

Shortly after the 2020 General Election, the County contracted with Wake Technology Services Inc. (Wake TSI), “a private technology firm specializing in cyber security including in the field of voting technology” that “has extensive experience in working with governmental entities such as the United States (U.S.) Department of State and the Pennsylvania System of Higher Education.” Fulton County engaged Wake TSI to assess the County’s conduct of the 2020 General Election.

In July 2021, the Department of State issues a directive, stating “County Boards of Elections shall not provide physical, electronic, or internal access to third parties seeking to copy and/or conduct an examination of state-certified electronic voting systems, or any components of such systems, including but not limited to: election management software and systems, tabulators, scanners, counters, automatic tabulating equipment, voting devices, servers, ballot marking devices, paper ballot or ballot card printers, portable memory media devices (thumb drives, flash drives and the like), and any other hardware, software or devices being used as part of the election management system.”

Twelve days later, the Secretary notified the County by letter that, effective immediately, she was “decertifying” the County’s two Democracy Suite 5.5A electronic voting devices.

“The Secretary’s actions were clearly intended as political retribution against Fulton County, and to intimidate other counties from cooperating with the state legislature’s investigation into irregularities in the management of the 2020 election,” Kline said. “This ruling affirms what the U.S. Constitution says, which is that the state legislature has authority over federal elections, and has the right to take appropriate measures to ensure that elections are conducted lawfully in the Commonwealth of Pennsylvania.”