Critz Pulls Off The Upset in PA-12 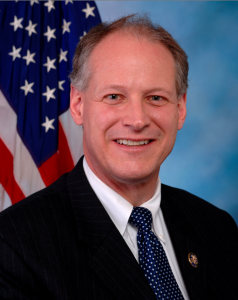 Aided by strong momentum and support from organized labor over the finals days before the election, Rep. Mark Critz has won the Democratic primary over fellow incumbent Jason Altmire in the redrawn 12th Congressional District.

In a statement announcing his concession, Altmire said, “Congratulations to my colleague Congressman Mark Critz on his hard-fought and well-deserved victory in the primary.  He has my full support as his campaign moves on to the fall.”

With 88% of precincts reporting, Critz was up 52%-48%.  Altmire was expected to come out victorious for much of the campaign, as he cumrrently represents nearly two-thirds of the new district.  All polls had Altmire up by double digits, except for the most recent one last week that showed a four-point advantage for Altmire.

Before any precincts started reporting, the Critz campaign said, “We had a steep mountain to climb. In the last few days, we saw the peak. We’ll see if we reached the mountain top once all of the votes are counted.” It appears they are proudly standing atop that mountain.

Critz carried almost all of Cambria County, where he is based and which he currently represents, along with Somerset County; the campaign was counting on very strong numbers in those two counties to have a chance at beating Altmire.

Altmire carried a good portion of Allegheny and Beaver Counties, where he had won the endorsements of their Democratic Committees, as well as Lawrence County, which did not endorse.  However, it wasn’t enough to hold off Critz’s strong showing.

“The Critz-labor organization had a better ground game and just out-muscled the Altmire campaign,” said Ray Wrabley, a political scientist at the University of Pittsburgh (Johnstown). “Altmire was too complacent about the geography edge. The effectiveness of the Critz operation bodes well for him in the fall race against Keith Rothfus.”

Critz had huge help from the backing of numerous labor groups throughout the district.  Labor’s ground effort “overcame monumental geographics designed by state Republicans to get rid of Critz,” said Tim Waters, national political director for the United Steel Workers. “United Steel Workers activists made 32,345 calls in the last 36 hours and knocked on 5,211 doors in Allegheny, Beaver and Cambria counties. We always said this would be the biggest upset in two decades in the House, and it is.”

“The fact that Critz could absolutely kill in his area while Altmire was doing well in his area validates the idea that Western Pennsylvania cares very much about geography.”

The Republican nominee for November’s general election is Keith Rothfus, an attorney from Allegheny County.  He is part of the National Republican Congressional Committee’s “Young Guns” program and has been endorsed by Sen. Pat Toomey. Rothfus narrowly lost to Altmire in 2010, and the NRCC will make a strong play to take the district that now leans slightly more Republican.

In a statement after primary results were announced, the NRCC said, “In a district where the President is deeply unpopular, Mark Critz will have to defend his tax and spend record of supporting President Obama’s job destroying economic agenda.  In the 111th Congress Critz voted with Nancy Pelosi 95% of the time and in the 112th Congress he’s voted with Democrat leaders more than 75% of the time. If we learned anything in the primary it was that Critz is more interested in protecting his political career than pursuing a pro-growth agenda that puts Southwestern Pennsylvania first.”

“Everyone is surprised but us in organized labor, and those who know Mark Critz!”  said Pennsylvania AFL-CIO Secretary-Treasurer Frank Snyder.

“I’d like to congratulate Representative Critz on his victory tonight in the Democratic primary, as well as Representative Altmire for his hard-fought race.  I look forward to a spirited discussion in the coming months regarding the direction this country is headed.

The people of Southwestern Pennsylvania will have the opportunity to decide if they believe a top-down, centralized, one-size-fits-all approach with the answers coming from Washington is the direction we want, or if we should empower the people of Southwestern PA – the job creators, the doctors, the mineworkers, the hard-working men and women – to decide what is best for themselves and their families.  I took a six-county tour of the new PA-12 today and will be doing the same tomorrow.  The greatest part of this race for Congress is having the opportunity to meet the people in the PA-12, getting to know them, hearing their stories, and I look forward to continuing that effort in the months to come.”

Louis Jacobson contributed to this report.