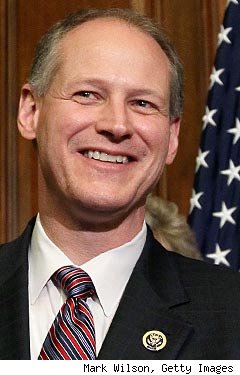 In the 48 hours since it became official that Reps. Jason Altmire and Mark Critz would face off against one another, both campaigns have positioned themselves for the contest.

Altmire’s camp send out an analysis of the newly formed 12th district, showing that approximately 66.2 percent of it will be comprised of his current constituents. Only 26.8% of registered voters are currently in Critz’s district.

Below is a get-to-know-you video his campaign released yesterday.

Moments ago, Critz’s camp unveiled its list of party endorsements, mostly from his side of the new district (Cambria, Somerset and Westmoreland counties). It also includes the popular former PA AFL-CIO leader Bill George, whose voice is still heard among labor groups in the district.

“I am humbled by the support I am receiving from elected officials and leaders from across the district,” Critz said in a statement.  “I made creating jobs and growing our local economy my top priority in Congress and the support of these individuals demonstrates that I have focused on our local communities, while protecting Social Security, Medicare and veterans’ benefits.”