Crossroads Strikes with Another Negative Ad 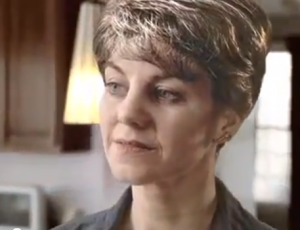 It opens with a beautiful and seemingly carefree mother watching her young children play basketball.

However, she’s shown quickly transforming into a worn down looking senior.

“I still do, even though things have changed. It’s funny; they can’t find jobs to get their careers started and I can’t afford to retire. And now we’re all living together again.”

“I supported President Obama because he spoke so beautifully. He promised change, but things changed for the worse. Obama started spending like our credit cards have no limit”, she laments.

“Basketball” is the second advertisement in a $25 million ad campaing in Pennsylvania as well as in Colorado, Iowa, Florida, Michigan, North Carolina, New Hampshire, Nevada, Ohio and Virginia.

“This ad drives home the impact President Obama’s policies are having on American families and why those policies need to be changed. We want there to be a serious debate on the real issues people are facing in this country, and this ad expresses the human element of that debate,” said Steve Law, president of Crossroads GPS.

Crossroads GPS will remain on the air in PA for three weeks.

Super PACs have done the heavy lifting for Romney in PA. His campaign isn’t on TV here, but Obama’s is. So too a pro-Obama and pro-Romney PAC – plus Crossroads.

“Karl Rove’s most recent deceptive ad can’t hide the reality that, under President Obama’s leadership, the economy has gone from losing 750,000 jobs a months to adding more than 4.2 million private sector jobs over the last 26 consecutive months, unemployment today is lower among college graduates than when the President took office, and more companies are hiring recent graduates while the outlook for hiring continues to improve,” the DNC said in a press release.