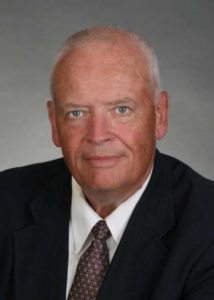 The Washington County Republican Party has a new chair.

Dave Ball was unanimously elected as the new party chairman along with the rest of the new slate of officers, according to the Observer-Reporter.

Ball is succeeding Mark Hrutkay, who will now serve as vice chairman.

“We are a team,” Ball said, while talking about the role himself and Hrutkay will play leading the local party in a statement to PoliticsPA. “Our job is to keep the enthusiasm going.”

“The purpose of a County Party is simple; Register Republicans and win elections,” Ball continued. “That’s what we focus on.”

Like other counties in western Pennsylvania, Washington County has been trending red in recent years.

Ball pointed to the recent momentum that Republicans have had in the county which includes electing a GOP majority for the county commissioners office and a majority of row officers in 2019, electing more Republicans in state government in recent elections, former President Donald Trump winning the county by a sizable margin, plus Republicans now holding a registration advantage over Democrats in the county.

Ball and Hrutkay took over leadership of the local party in 2016 when Democrats still held a registration advantage in the county. Ball added that the goal over the next four years is to register 10,000 more Republicans.

Trump bested Joe Biden by 22.7 points in the county in 2020, which is a slight decrease from Trump’s margin of victory in 2016 when he carried the county by 24.5 points over Sec. Hillary Clinton.

Ball believes that the former President remains very popular in the county.

“In November 2020, 72,000 people voted for President Trump. Every one of them would do so again today,” Ball said to PoliticsPA. “There is no loss of enthusiasm for the President around here.”

Although Republicans winning local races over Democrats has been more apparent in recent years, the last Democrat to carry the county during a presidential election was John Kerry in 2004.

Ball added that there are three more row officers, three magistrates, a county judge, four state judges, and dozens of local officials to elect in races in 2021.