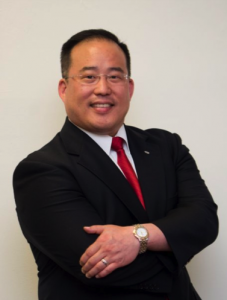 Thanks to PhillyClout’s Chris Brennan, everyone now knows that City Council candidate David Oh was not a Green Beret.

The Daily News reporter broke the news in mid August that despite Oh’s claims for the past eight years that he was a Special Forces Green Beret, his commanding officers state that claim is entirely false and a huge stretch from the truth.

Initially, Oh bashed the Daily News for publishing the piece and that due to prerequisite training that Oh received; he was indeed a Green Beret. Since then, he has apologized twice for his misstatements and Chris Brennan has covered every development. Now, there are whispers of a new story to break soon.

Update: Oh told PoliticsPA that the heart of the matter is an “honest mistake” that has been exaggerated by the press. In the late 1980s, Oh served in the 20th Special Forces Group, a reserve unit district from the U.S. Special Forces (the Green Berets). Oh says that the terminology by which Special Forces units refer to themselves has changed.  He has made two public apologies to military officials that he believed to have offended with his mistake. He went on to say that Brennan has blown the Special Forces issue out of proportion.

“He photoshopped a green beret onto my head backwards. That’s not me. I’m not a faker.”

His supporters were quick to accuse Brennan of picking on Oh with the intention of dismantling his campaign. Former mayoral candidate John Featherman spoke to PoliticsPA about the feud.

“If you read [Brennan’s] articles, they aren’t typical reporting. He uses a lot of informal language, [those articles are] more like an editorial than investigative reporting.”

According to Featherman, Brennan’s articles haven’t had the desired effect. In fact, they’ve done quite the opposite. “It’s energizing [Oh’s] supporters and helping him raise money.” In the past few weeks, Oh has held several fundraisers that have been overwhelmingly successful.

But is Brennan really after Oh’s campaign? No, he tells PoliticsPA.

“David Oh told the Philadelphia Inquirer on Aug. 19, the day my first column ran, that he was preparing to ‘contest’ the information in that column.  Since then, he has published two full-page ads in the Philadelphia Daily News, admitting that his claims about his military service were ‘misleading.’”

“I’m not rooting for or against David Oh’s campaign.  I’m covering it in a political column.”

Oh, who placed first in May’s GOP primary for Council at-large, remains a favorite for one of the two spots. Featherman says that “it would take an act of God for David Oh to lose.”