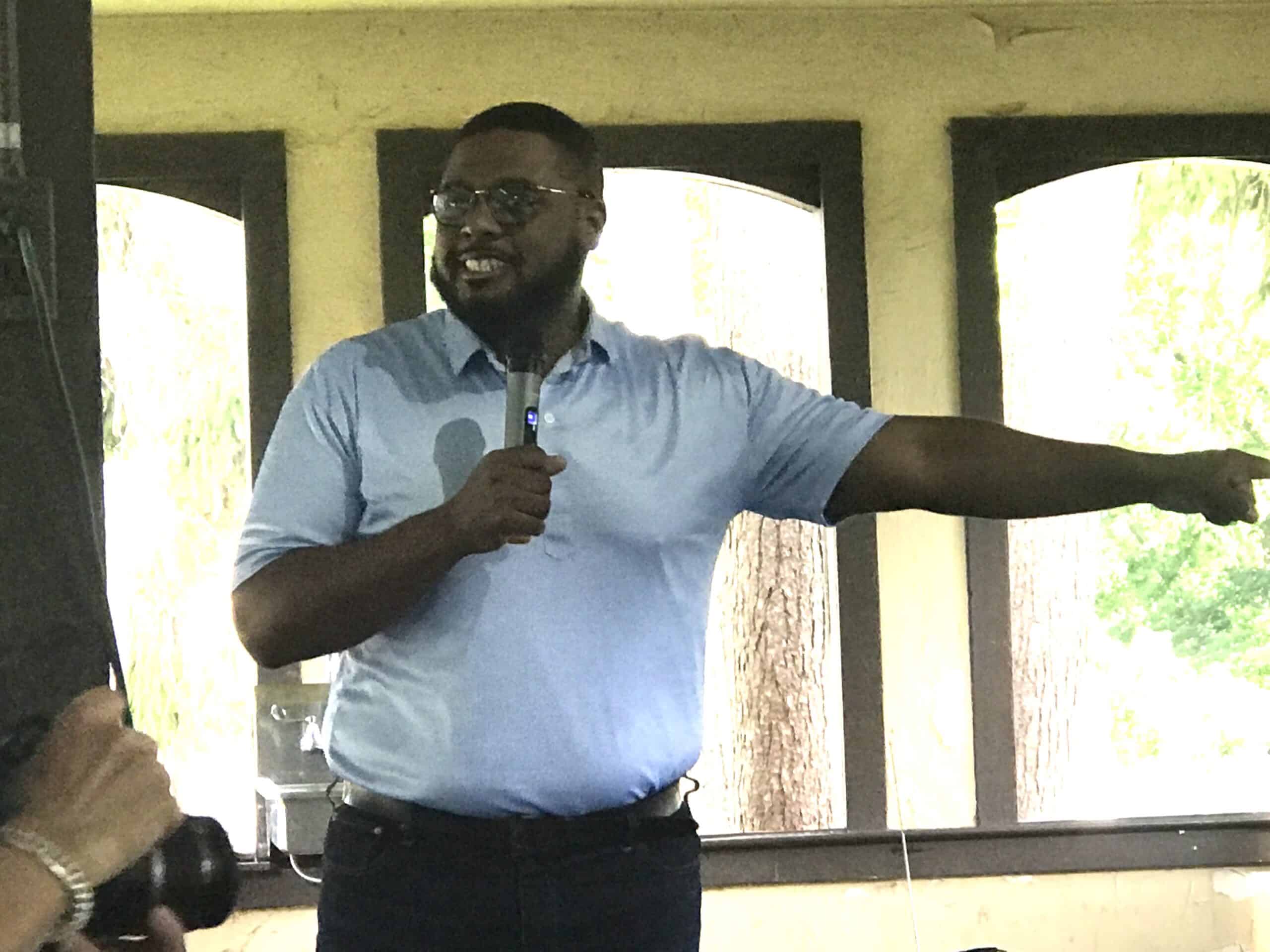 Democratic candidate for lieutenant governor Austin Davis made a stop in Lancaster on Saturday and made his case for why the county and the rest of the Commonwealth should vote blue.

“I think we’ve done a good job over the course of this campaign talking about issues that are affecting everyday Pennsylvanians,” he said. “Quite frankly, I think the other side is just talking nonsense.”

Davis spoke to a gathering of county Democratic officials at Long’s Park and felt that the Josh Shapiro campaign was driving the message, rather than responding to what Republican candidate Doug Mastriano and his campaign are doing.

“We’re the only campaign that’s actually communicating on all mediums,” he said. “On TV, in mailboxes, on digital, we’re driving the message. We’re talking about what Pennsylvanians care about.

He spoke on two key issues in the Commonwealth – education and gun violence.

“Doug Mastriano’s plan cuts $12 million from education,” Davis said. “We’re talking about giving our teachers more support. We’re talking about increasing funding for public schools. We’re talking about supporting students and educators. We haven’t seen that from the other side. The Republican ticket has constantly talked about how they’re going to cut funding from our schools, taking money away.

“I think the choice is clear who is standing on the side of educators and teachers, and that’s why (the PSEA) is standing with us.”

Although there is a bill in motion to impeach Philadelphia district attorney Larry Krasner over the increasing gun violence in the city, Davis reminded that “gun violence is a statewide problem.

Davis also commented on Mastriano’s call for a debate on October 22 in Camp Hill with Mercedes Schlapp as the moderator.

“Josh is willing to participate in any of the traditional formats that governors from previous elections have wanted to participate in,” Davis said. “Clearly, Doug Mastriano has done a series of stunts around the debates. Yesterday, he picked a conservative Republican to be the moderator. Let’s get serious. If he wants to have a real debate, Josh is ready and willing to do it. But we’re not going to respond to these stunts.”