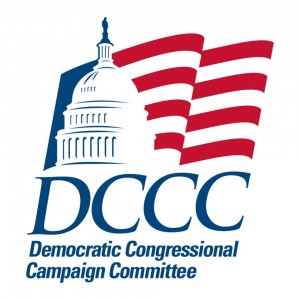 The University of Virginia’s Center for Politics is incredulous that this will be the case. Managing editor Kyle Kondik quoted Israel’s predictions in a recent tweet.

Kondik also specifically responded to a follower about the fact that retiring Rep. Jim Gerlach (PA-6)’s seat was not mentioned. Kondik felt the Democratic party was disappointed by this fact.

Of the three seats within Philadelphia’s TV market, Israel only included NJ-3. PA-6 and PA-8 do not seem to be considered in the top tier of targets. The DCCC outlined $1.9 million in ad money for the the market in May but Rep. Israel’s comments suggest that NJ-3 is their top priority.

However, PA-6 and PA-8 have been considered highly competitive races thus far. For instance, the DCCC classified both as “emerging districts” in March and were named to the Red to Blue list in June.

Trivedi jumped into the race when Gerlach announced that he would not seek re-election. A different candidate, Mike Parrish, was originally supported by the DCCC, but he soon faced criticism for giving money to Governor Corbett and 2012 Republican Presidential nominee Mitt Romney. Parrish later dropped out of the race.

The Rothenberg Political Report rates this seat as “Leans Republican.”

Stu Rothenberg wrote an article recently featuring three interviews he had with House hopefuls, one of whom was Ryan Costello.

“Costello is well informed about races around the country and his political instincts are strong…now he is the clear favorite to win retiring Republican Rep. Jim Gerlach’s Southeastern Pennsylvania seat,” penned Rothenberg.

Strouse, a former Army Ranger, has garnered much praise from the DCCC and major media outlets such as the Washington Post. Party leaders seem to admire his non-partisan approach to the current issues creating gridlock in government.

The PA-8 seat has had its fair share of turnover; since 1979 Republicans have controlled the seat for 18 years and Democrats for 16.

Both districts are primarily white suburbs, areas which are must-wins for Democrats. Without the ability to win suburban districts, the current minority party will have difficulty earning the majority. With the President’s approval rating dropping in Pennsylvania, the Democratic candidates are facing an uphill battle.