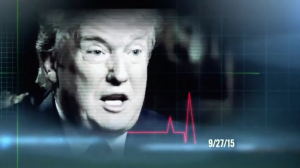 The Democratic Congressional Campaign Committee (DCCC) is continuing its messaging against the AHCA with new digital ads against Congressmen Ryan Costello (R-Chester), Pat Meehan (R-Delaware), and Lloyd Smucker (R-Lancaster).  The ads are focused the committee votes on the AHCA each of the Congressmen cast to advance to AHCA.

The AHCA was pulled from consideration late last week after the Trump Administration and House leadership were unable to secure enough votes to secure its passage.  The DCCC has promised it will hold Republicans who voted for the AHCA in committee accountable.

“This targeted ad campaign makes clear that every House Republican who voted in committee for this devastating Republican repeal bill will be held accountable from now through Election Day,” DCCC Chairman Ben Ray Luján said in a statement.

In the ads, the DCCC is focusing on the CBO report that said premiums would increase, and healthcare would cost more for older Americans.

“Representatives Costello, Meehan and Smucker knowingly voted for a bill to raise premiums and deductibles, slap an age tax on older folks, and rip insurance away from 24 million hardworking Americans. It’s critical that voters know where their representative stood on this legislation,” Luján said in the statement.

According to the release, the three ads are part of a national campaign targeting Republican members of the three committees that voted on the AHCA, Ways and Means, Energy and Commerce, and Budget.  The buy total is five-figures according to the DCCC, which is not enough to move voters, but helps keep the base engaged after the AHCA has been defeated for the time.

The National Republican Campaign Committee (NRCC) argued that the Democrats in the committees wants to keep the Affordable Care Act as it is, against the will of their constituents.

“The fact remains that only 13% of Americans want the death-spiraling Obamacare law kept as is, which is what every single Democrat voted for in committee.  Ryan Costello, Pat Meehan and Lloyd Smucker should be applauded for moving the debate forward on the Obamacare ticking time bomb before it explodes,” NRCC spokesman Chris Pack said in an email.

Pack is citing a Morning Consult/Politico poll from early March.