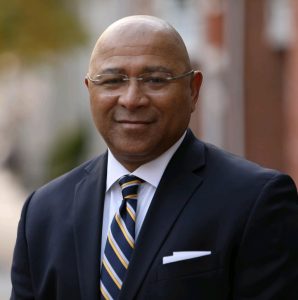 A second Republican has entered the race to replace Auditor General Eugene DePasquale.

“I believe it is necessary to have an Auditor General who will hold the Governor accountable and ensure transparency of the state government’s finances,” DeFoor said in a release. “My extensive background in law enforcement, my involvement in the community, and my current role as Dauphin County’s Controller have developed me into an effective leader and have given me a unique perspective on the problems that Pennsylvania faces. Because of this, I am prepared to lead the office starting on day one.”

In his campaign release, DeFoor touts his record in the Auditor General’s office by noting that he is the first African American elected to row office in Dauphin County history, he created Dauphin County’s first Audit Division, recovered and saved Dauphin County taxpayers over $1 million since taking office in January 2016, and changed how the county reports its finances from an Independent Audit to a more detailed and transparent Comprehensive Annual Financial Report. The release also mentions that he started Dauphin County Controllers’ Financial Literacy initiative with Harrisburg University.

DeFoor also points to his 25 years of professional auditing experience prior to being elected as County Controller. He served in the Attorney General’s Office and is a retired special agent, worked in the state’s Inspector General’s office as a special investigator, and worked for UPMC Health Plan and various federal contractors as a former Internal Auditor, Quality Manager, and Fraud Investigator.

While his release touted his professional experience, DeFoor also specifically pointed to his involvement in the community as a benefit while he was mulling a run for the office.

Some of the roles he told PoliticsPA in early December that he currently still holds include being the Chair of the HACC Foundation Board of Directors, which is Central Pennsylvania’s Community College, Chair of the PA Financial Literacy Education Conference, Board Member for Chris “Handles” Franklin (Harlem Globetrotters) Foundation Board, member of the Harrisburg Area NAACP and more.

DeFoor joins Lancaster County Commissioner Dennis Stuckey as the two Republicans that have formally entered the race, while sources tell PoliticsPA that state Rep. Mike Tobash (R-Schuylkill) is considering a run as well.

Two other Democrats have also been laying the groundwork for a run at the statewide office. Former Philadelphia City Controller Alan Butkovitz, and state Rep. Scott Conklin (D-Centre), who were present at the Democratic Party’s fall state committee meeting in September, confirmed to PoliticsPA their interest in the seat. Butkovitz told PoliticsPA at PA Society that he plans to make a formal entrance into the race after the new year.