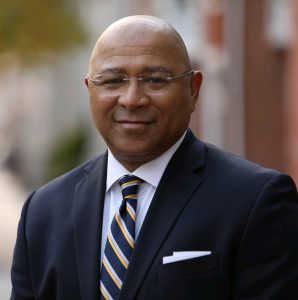 A Dauphin County Republican is mulling a for Auditor General.

Timothy L. DeFoor is considering a run for the open statewide office in 2020, the Dauphin County Controller told PoliticsPA.

DeFoor, who was recently reelected to a second term as Dauphin County Controller, said he was first approached about making a bid for the office about a year ago, but due to his obligations as Controller, only has been giving it “serious thought” for about the past five or six months.

While he hasn’t confirmed if he’s definitely going to make a run for the office yet, he said that a decision will “definitely” be made within the next couple of weeks as he continues to gauge support at the upcoming annual PA Society and among GOP committee members at the local caucus meetings.

Prior to first being elected as County Controller in 2015, DeFoor served in a variety of positions in government. He served in the Attorney General’s Office and is a retired special agent, worked in the state’s Inspector General’s office as a special investigator, and worked for UPMC Health Plan and various federal contractors as a former Internal Auditor, Quality Manager, and Fraud Investigator.

In addition to his professional experience, DeFoor has remained heavily involved in a variety of community service organizations. Some of the roles he currently still holds include being the Chair of the HACC Foundation Board of Directors, which is Central Pennsylvania’s Community College, Chair of the PA Financial Literacy Education Conference, Board Member for Chris “Handles” Franklin (Harlem Globetrotters) Foundation Board, member of the Harrisburg Area NAACP and more.

DeFoor believes his 25 years of professional experience plus his involvement in the community would make him a good candidate and capable of reaching diverse demographics.

“I believe that with my experience and background and with my involvement with the community and my ability to reach different demographics, I believe based on those that I would make a good candidate,” DeFoor said.

DeFoor said the reason that the position of Auditor General is appealing to him is because he views it as a “combination” of his career and life’s experiences.

“All of this, it’s progression of everything that I’ve done,” DeFoor said. “I’m an Auditor.”

He believes the Auditor General plays an important role in the state’s government and while he wouldn’t pinpoint a specific policy to spearhead first, because he believes it would mean neglecting other important issues, DeFoor did say the job is to follow the law and make sure that state funds are being spent appropriately.

He said that he’s always tried to watch how government spends its money.

DeFoor is the second Republican to publicly announce interest in the open seat in 2020. Lancaster County Commissioner Dennis Stuckey formally joined the race in November, while he told PoliticsPA in July that he was mulling a run.

Two other Democrats have also been laying the groundwork for a run at the statewide office. Former Philadelphia City Controller Alan Butkovitz, and state Rep. Scott Conklin (D-Centre), who were present at the Democratic Party’s fall state committee meeting in September, confirmed to PoliticsPA their interest in the seat.

One thought on “DeFoor Weighs Run for Auditor General”