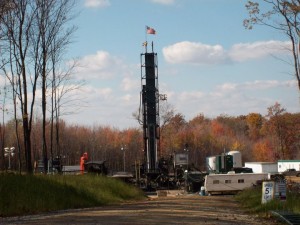 Marcellus shale gas companies have a friend in Pennsylvania. Thirteen, actually. And they are working to help the industry get a even better rap from the Obama White House.

Thirteen members of Pennsylvania’s congressional delegation – ten Republicans and three Democrats – want to make sure the administration is taking a good look at the benefits of Marcellus Shale natural gas development.

Obama has oft praised the benefits of domestic natural gas – cheaper energy, more domestic production, etc. But the signatories think he could do more to highlight the local economic growth that accompanies its development.

In a letter to National Economic Council Director Gene Sperling, sponsor Rep. Mike Kelly and his colleagues write, “In recent months, the White House has emphasized the central role that safe shale gas production can play in our Nation’s drive for energy security and a low-carbon energy portfolio.”

“However, as four different Federal agencies now study issues relating to shale gas production, and as our Nation’s economic recovery remains fragile, we are concerned that the economic benefits of shale gas to ordinary citizens in states such as Pennsylvania and across the country are not part of the discussion.”

They go on urge the NEC to study (and publicize) the impacts of drilling on economic development, employment, and job training.