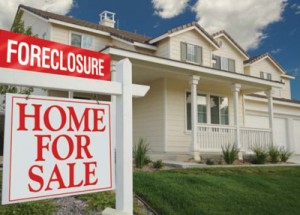 The three Democrats running for Pa. Attorney General have come out against a plan – supported by President Obama’s administration – to pursue a cash settlement with some of the largest U.S. banks.

Obama and several attorneys general across the countries want those lenders to pay a lump sum of $19 to $25 billion in exchange for immunity from further action. They’re currently facing a myriad of investigations by different states and the U.S. Department of Justice for fraudulent lending practices, which has contributed to the country;s foreclosure crisis.

“We cannot accept a settlement without a full investigation and a commitment to ensuring that the terms are commensurate with the damage done to homeowners and workers across America” said Frank Snyder, Secretary-Treasurer of the Pennsylvania AFL-CIO in a statement announcing the group’s formation. Supporters held a rally in Harrisburg last week.

Pat Murphy, a former Congressman from Bucks County, penned a column on the subject for the Huffington Post.

“I am outraged by recent accounts of a settlement between state Attorneys General, in cooperation with the Justice Department, and the banks accused of perpetrating one of the largest frauds in the history of our country,” he wrote. “While the exact details have yet to be finalized, one thing seems certain — this will be a fabulous deal for the banks.”

“Giving a get out if jail free card to those financial institutions that created the mortgage crisis by absolving them of criminal charges and civil penalties when we still are unclear on whether they illegally foreclosed on families is not only bad policy it is morally wrong. ”

“It is simply a mockery of the rule of law to have an agreement on wrongdoing when no investigation has been conducted. The lack of investigation and prosecution of the breaking of untold number of laws in regards to massive fraud carried about some of our the largest and most powerful financial institutions is both a dereliction of duty and a miscarriage of justice unprecedented in this nation’s history.”

A spokesman for the NY AG’s office said an agreement wouldn’t prevent non-participating states from continuing their investigations, only those that buy into the deal. As it stands, say coalition organizers, Pa. is in the camp of states pursuing the settlement.

Nils Frederiksen of the Pa. AG’s office says Pa. is participating in the joint investigation with DOJ, but the Pa. Attorney General’s office policy is not to comment on an ongoing investigation so he did not comment on the possibility of a settlement.

A spokesperson for Republican hopeful John Rafferty noted that he supported legislation last session in the Pa. Senate to tighten mortgage rules in Pa.

“Sen. John Rafferty said that he would be open to a multi-state settlement the state AG’s are pursing but would wait to render a final decision until he read the details presented in the final settlement,” he said.

Cumberland County District Attorney Dave Freed did not respond to requests for comment.