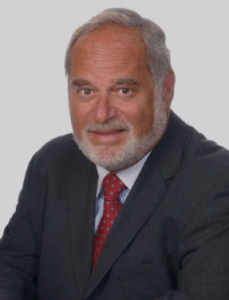 Marcel Groen is in a great mood.

The Montgomery County native was elected Chair of the Pennsylvania Democratic Party in September. Last night, was his first election as Chairman and he was more than happy to extend congratulations to candidates throughout the commonwealth.

“What a night!,” he exclaimed “It is my sincere pleasure to congratulate the newly-elected Supreme Court Justices Christine Donohue, Kevin Dougherty, and David Wecht.”

“This was a victory for fair redistricting,” Groen continued. For ​too ​many years, the process of drawing legislative seats has been tilted toward politics that protect the status quo​ ​​and special interests. Yesterday’s victories affirm that the people of Pennsylvania want a voice in their legislature. They want districts that represent their communities, not districts drawn to protect out of touch majorities.”

He also touched on the races for Superior and Commonwealth Court, Jim Kenney becoming the next Mayor of Philadelphia and Dem victories in Montgomery County.

“Regardless of the outcome, Democrats across Pennsylvania ran races of which we all can be proud,” Groen stated. “They ran on a message of fairness, equality, and fighting for middle class families. Our candidates stood for these Democratic values and are all winners in my book.”

“This is, however, only the beginning!” he concluded. “We have many more great things to do. This was a first step on the road towards 2016, when we will send a Democrat back to the White House, elect another U.S. Senator, and begin to take back the state legislature.”

In what was likely not an oversight, Groen did not mention his predecessor Jim Burn. Burn and Wolf famously had a frosty relationship and the Governor worked to have Groen replace him.