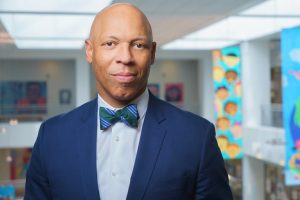 The Superintendent of the School District of Philadelphia is being promoted by a Democratic backed group as a possible Education Secretary in a Biden administration.

First reported by Chalkbeat, Superintendent Dr. William Hite is being floated as one of three candidates by “Democrats for Education Reform” as a preferred candidate for the Secretary of Education. According to an email from Democrats for Education Reform president Shavar Jeffries, obtained by Chalkbeat, Hite and the other candidates being promoted by the group would support “innovation, public-school choice, and accountability.”

“Our primary goal is to persuade Biden to support — and to appoint a Secretary of Education who supports — innovation, public-school choice, and accountability,” Jeffries wrote to recipients in an email, according to Chalkbeat. “This work remains an uphill battle.”

Hite, who has served as the Superintendent of the School District of Philadelphia since 2012, told reporters that he hasn’t been contacted by the Biden campaign yet, but would consider the role if approached, according to KYW Newsradio.

“A lot of individuals talk about potential candidates for that role. I’m happy to be named as one of those individuals but haven’t had a lot of time to focus on that and no — no one has reached out,” Hite said, according to KYW Newsradio.

“I’d naturally give consideration to a request from the president-elect,” Hite continued. “But I don’t want to work in hypotheticals and I have not been contacted.”

The other candidates reportedly being promoted by Democrats for Education Reform include Chicago schools chief Dr. Janice Jackson and the head of Baltimore schools Dr. Sonja Brookins Santelises.

Of those three candidates, Hite has served in his role the longest.