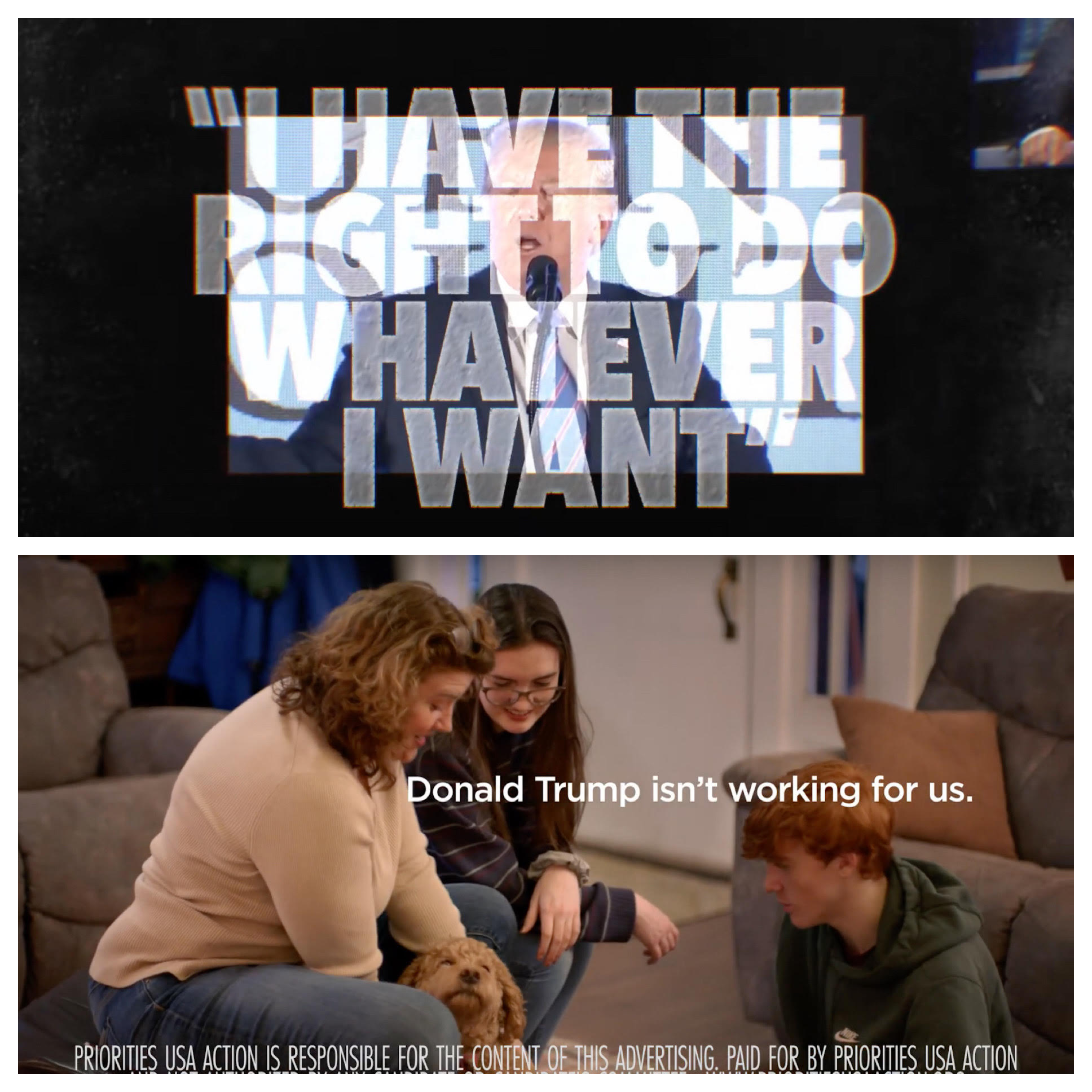 The largest liberal super PAC has officially hit the television airwaves in Pennsylvania.

On Tuesday, Priorities USA, a Democratic super PAC that has pledged to spend $150 million in several battleground states in 2020, debuted their first television ads in two key swing states, including Pennsylvania.

One television ad attempts to paint Trump’s governing style as “chaotic and impulsive” and uses various television clips of different news stories throughout his presidency, while the other television ad includes a woman from Pittsburgh’s personal story about breast cancer and health insurance.

The 30 second spot, “Whatever I Want” begins and ends with a clip of Trump saying, “I can do whatever I want as president” with short video clips in between that include the government shutdown, the effort to repeal the Affordable Care Act, his budget proposals, tweets, and foreign affairs with North Korea and northern Syria during his time in office.

The other 30 second spot, “Amy” features a woman named Amy Raslevich, from Pittsburgh, who details her battle with breast cancer and her plea to not eliminate pre existing conditions in healthcare.

“In 2017, I was diagnosed with breast cancer,” Raslevich says at the beginning of the ad. “It feels like a tidal wave. You have no idea what your future is going to be.”

“Now Donald Trump wants to eliminate protections for preexisting conditions like mine,” Raslevich continues. “It would make it impossible for people like me to find affordable healthcare.”

According to a spokesperson for Priorities USA, these ads that will run through the convention with a break around the primary, will be broadcasted in the Pittsburgh, Harrisburg-Lancaster-Lebanon-York, Wilkes-Barre-Scranton, and Johnstown-Altoona markets.

These ads, currently running in Pennsylvania and Wisconsin, will also expand to Michigan and Florida in the coming weeks, according to a release from Priorities USA.

The Pennsylvania Republican Party and the Republican National Committee did not immediately respond to comment.

This is just the beginning of their 2020 effort in Pennsylvania.

The super PAC, which spent more than $190 million during the 2016 presidential election cycle according to Open Secrets, stated in their initial 2020 rollout in February 2019 that they are also specifically singling out 16,800 voters in Cambria County, dubbing it the “heart of Obama/Trump country.”