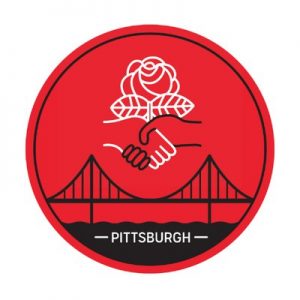 A new beginning in Pittsburgh.

The Democratic Socialists of America will have several chapters in Pittsburgh this weekend for its first ever Rust Belt Conference.

The DSA has been promoting the event through social media for some time now.

Ready to #RadicalizeTheRustbelt? DSA’s Rust Belt Conference is coming up August 11-12 in Pittsburgh. You can register now IF:

✔️ You are a DSA member
✔️ You live in the Rust Belt
✔️ You’re not a @pghDSA member (registration is NOT yet open to PGH)https://t.co/sHYeRNOy6V

The Pittsburgh chapter of the DSA is looking forward to the exchange of ideas between different areas in the rust-belt.

“What do places like Buffalo, Cincinnati, Detroit, and Pittsburgh have in common? What differentiates us?” said Adam Shunk, interim communications coordinator for Pittsburgh DSA. “Rather than an event with big keynote speeches, the conference is made up of a variety of different workshops, organized and facilitated by DSA members from around the region—from trainings on digital organizing or electoral campaign-building, to workshops on building socialism in rural communities, to conversations about lead poisoning, tenants’ rights, and abortion access in the Rust Belt.”

Two of the four candidates, Summer Lee and Sara Innamorato, were endorsed by the Pittsburgh DSA. The other two candidates who launched successful primaries, Elizabeth Fiedler and Kristin Seale, were supported by the Philadelphia DSA.

The Republican Party of Pennsylvania blasted the upcoming gathering.

“Democratic socialists support a radical agenda that seeks to take away individual freedom in the name of principles that would cause a self-claimed ‘ ‘massive redistribution of income,” said Party Chairman Val DiGiorgio. “Socialist values and concepts, which would do no less than deprive individuals the freedom of prosperity and implement a system of massive government control of earnings, have no place in  an American society that values the ability of the individual, liberty, and entrepreneurial spirit.”

He also referenced America’s efforts in the Cold War as reason to oppose the conference.

The DSA has 47,000 members nationwide, according to Tribune Review. There are 150 delegates expected at this weekend’s meeting from as far as Syracuse to Bloomington, Indiana. The event is not open to the public.