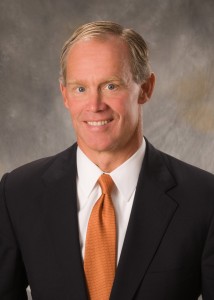 Few issues stir up passion and emotion like abortion and reproductive issues, and few pieces of legislation this session have attracted as much antipathy from pro-choice opinion leaders as a bill that would require women seeking an abortion to obtain an ultrasound.

Perhaps that’s why GOP leaders are slowing down its progress. Majority Leader Mike Turzai cited, “concerns raised by the medical community, among others,” in his decision to postpone its discussion on the House floor.

The “Women’s Right to Know Act” would require a woman to undergo an ultrasound that would determine gestational age at least 24 hours before an abortion is to be performed.  The proposed act also requires that the patient be in possession of two copies of the ultrasound results before the procedure.

Rep. Kathy Rapp (R-Warren) is lead sponsor of the bill, and explains its reasoning on her website:

The “Women’s Right to Know Act (House Bill 1077) would give all pregnant women in Pennsylvania the right to view an ultrasound of their babies when considering undergoing an abortion…Without this legislation, a double standard will remain whereby women in perhaps their greatest time of need and indecision are not given complete information.”

Despite Rapp’s stated intent, much of the medical community is in opposition to the proposed legislation.  The Pennsylvania Medical Society released a statement against the Women’s Right to Know Act.  They assert:

“PAMED has no official position on abortion and is opposing this bill solely because it would set a dangerous precedent by legislating specific diagnostic protocols.”

PAMED President Dr. Marilyn J. Heine expressed her concern in a letter to the Pennsylvania House, “If enacted, HB 1077 would significantly jeopardize that open dialogue within the physician-patient relationship, which is the very foundation upon which modern medicine was built.”

Strongly opposed to the legislation is Sari Stevens, Executive Director at Planned Parenthood Pennsylvania Advocates, she believes that “there is no doubt that HB1077 is the most cruel and demeaning bill we will see this session. Proponents of this bill seem to believe that women are not smart or informed enough to make their own medical decisions.”

“The Supreme Court has held that a State cannot pass laws for the purpose of obstructing a woman’s access to a legal abortion, nor impose undue burdens on that access. A law mandating that doctors perform a medically unnecessary procedure, including the use of an invasive transvaginal probe in some cases, and requiring doctors to position an ultrasound monitor in the woman’s face whether or not she wants to watch it, appears designed to intimidate and humiliate.”

“We believe that a decision as serious as abortion should be made with a fully informed consent. An ultrasound examination is already a standard practice in abortion clinics to determine gestational age or if the pregnancy is ectopic. Informing a woman that she has the right to view the ultrasound image and hear the heartbeat of her child, gives her access to the same information available to her doctor. It is her right to choose for herself whether to view it or hear it; and she can make her decision to abort or not based on informed consent.”

It’s already becoming a campaign issue. Attorney General hopeful Patrick Murphy issued a statement Wednesday on the “Women’s Right to Know Act,” saying the legislation is, “an outrageous assault on women’s rights in Pennsylvania and an unprecedented intrusion into decisions that should be made exclusively between a woman and her doctor.”

The proposed bill is co-sponsored by over 110 state House members.  The bill passed out of the House Health Committee.