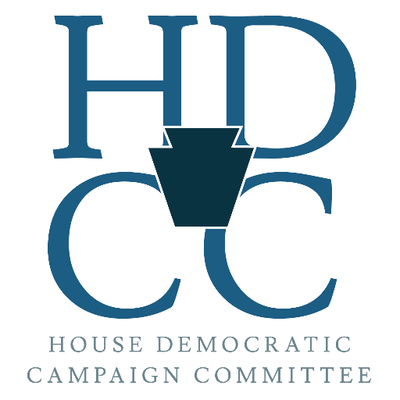 The PA HDCC has a new Executive Director.

Dana Gleason, who was the Legislative Director of the SEIU PA State Council and most recently served as the PA State Director of For Our Future, is taking on this new role.

Frank Burdell was most recently at the helm as the interim HDCC Executive Director since January. Nathan Davidson served as the Executive Director for the HDCC from May 2015 until the conclusion of the 2018 election, when he accepted a position as a Floor Manager for state Rep. Jordan Harris (D-Philadelphia).

“With so much on the line in 2020, House Democrats are proud to name Dena Gleason Executive Director of the House Democratic Campaign Committee,” said House Democratic Leader Frank Dermody (D-Allegheny) in a press release. “I look forward to working with Dena to re-elect all of our members, recruit great candidates across the Commonwealth, and continue to make progress toward a permanent Democratic majority.”

Gleason, a Minnesota native, worked issue and electoral campaigns in various states across the midwest plus Pennsylvania and Texas, but also served as a Senior Advisor to Katie McGinty for U.S. Senate in 2016. She also worked on Barack Obama’s Iowa Caucus, primary campaigns and general election in 2008, and served as the Director of the Iowa House Truman Fund for two cycles.

“I want to thank Leader Dermody, Chairperson Krueger, and their Democratic colleagues for their confidence in my ability to lead the HDCC in this incredibly important time for Pennsylvania,” Gleason said in a release. “I look forward to drawing on my Pennsylvania experience and relationships inside the Capitol and out to help grow the Democratic Caucus to ensure continued progress for Pennsylvanians.”

Chair of the HDCC, Rep. Leanne Krueger (D-Delaware) shared her excitement of welcoming Gleason into the position and thanked Davidson, Burdell, and Finance Director Bill McGee for their work keeping the committee “on the tracks toward success in the new year.”

“After an exhaustive national search for the new director of the Campaign Committee, we are especially fortunate to have someone with the breadth and depth of campaign and Pennsylvania-specific experience Dena brings to our Caucus,” said Krueger. “Dena played an important part in flipping a historic number of seats last cycle and I am excited to work with her to elect even more Democrats to the House.”

Krueger lauded the work of the recent office holders for the 11 net House gain in the 2018 election and hopes the party can regain a majority in the upcoming election.