Dent Looks to Make Moderates Strong Force in the House 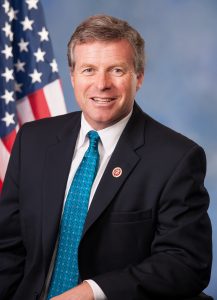 Congressman Charlie Dent (R-Lehigh) is making moderate Republicans in the Tuesday Group a force in the U.S. House of Representatives using tactics that have usually been associated with the Tea Party.

In a Politico Magazine profile of him, Dent talked about how the Tuesday Group is balancing the moves of the conservative Freedom Caucus.

The moderates, who are traditionally seen as almost too polite in their efforts to pass bills have been throwing wrenches into the plans of the Freedom Caucus, most notably the efforts to replace the Affordable Care Act (ACA).

“That was a very important moment for the Tuesday Group and for Dent. They suddenly recognized, in this new political reality in Trump’s Washington, that they are suddenly a significant force, perhaps as much as the Freedom Caucus,” Muhlenberg College professor Chris Borick told Politico Magazine.

Dent has become one of the strongest voices of criticism for the Trump Administration within the Republican Party, but may be trying to push Trump more to the center.

A few times in our conversations, the congressman seems to be speaking directly to the president—selling himself to the perpetual “winner” as the safer bet between two paths. “Donald Trump is not an ideologue—he’s a pragmatist,” Dent says. The administration’s troubles so far, he reasons, are the result of “tension between a pragmatic, non-ideological president and the significantly doctrinaire” wing of the party. He sounds almost sympathetic. “It’s important for the administration to channel the president’s pragmatic nature,” he says. “And I guess you can make the case that the president has a choice to make.”

Dent has also been pushing the Republican Leadership to stop relying on moderates to push controversial bills over the line.

Dent and Tuesday Group leaders forced the leadership to put an end to a movement to place an amendment banning transgender troops from serving in the defense authorization bill using a procedural loophole.  According to Politico, Dent and Congresswoman Elise Stefanik (R-New York) told leaders they would sink the entire bill if they used that tactic.