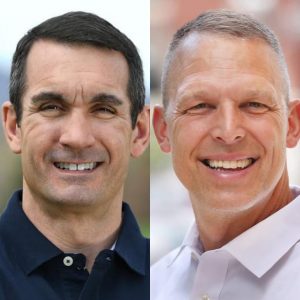 The survey commissioned by Dem candidate Eugene DePasquale’s campaign and conducted by GBAO shows the challenger leading Rep. Scott Perry (R-York) by 4 points, 50-to-46. However, DePasquale’s lead is within the margin of error. It interviewed 500 likely voters from Aug. 30 to Sept.1 and has a ± 4.4% margin of error. The poll was first reported by the York Dispatch.

FiveThirtyEight doesn’t rate polling from GBAO, but the firm’s client page shows that they have represented a few other Democrats in Pennsylvania in the past, including DePasquale, Lt. Gov. John Fetterman, and Rep. Brendan Boyle (D-Philadelphia).

This is the second poll from GBAO in the race for the 10th Congressional District. In late May, a few days before the state’s primary, they conducted a poll that showed Perry leading DePasquale by 3 points, 50-to-47.