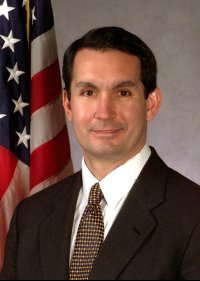 Several of his House colleagues and other Allegheny County politicos will co-host a fundraiser for the York lawmaker and Pittsburgh native, put together by Khari Mosley (husband of State Rep. and Allegheny Controller candidate Chelsa Wagner).

Wagner will be on hand, along with Dom Costa, David Dix, Marc Gergely, Bill Kortz, Nick Kotik, Bob Matzie and former Rep. Lisa Bennington. Pittsburgh City Councilman Bill Peduto will be there as well (the full host committee is listed in the invite below).

The event is being held on July 27 at Ava in East Liberty. The cost to attend is an affordable $25.

It’s well that DePasquale is working to strengthen his foothold in Pittsburgh, where his grandfather Eugene “Jeep” DePasquale served on City Council for decades. A source close to Allegheny County Executive Dan Onorato, who handily won last year’s Democratic primary for Governor, is still leaning toward a run for Auditor General himself.

Our compliments to Jim O’Toole of the Post-Gazette, who summed it up as best as anyone could sum it up:

“DePasquale’s July 27 fundraiser will be a homecoming of sorts for the Central Catholic grad, whose grandfather was the late Eugene Jeep DePasquale, the late president of Pittsburgh’s city Council.   It’s also noteworthy because of a couple of other connections in the small world of Pittsburgh politics.  Mr. Mosley, a veteran Democratic operative, is married to Rep. Chelsa Wagner, the Democratic nominee for county controller, and the niece of the man Mr. DePasquale wants to succeed, state Auditor General Jack Wagner.   The state Constitution bars Mr. Wagner from seeking a third term.  Another figure reportedly eying the auditor general contest is county Executive Dan Onorato, who’s run against General Wagner a couple of times and who like Jeep and Wagner is a city council veteran.  Mr. Wagner defeated Mr. Onorato in a state Senate race, but lost to him in the 2010 Democratic primary for governor.  And another thing, Mr. Wagner says he’s thinking about making a return to the fifth floor of the City-County Building where they all had their council offices.  He said last week that he’s considering a run for mayor in 2013.   Got all that?  They’ll be a quiz.”