Dermody Appointed to Gaming Control Board 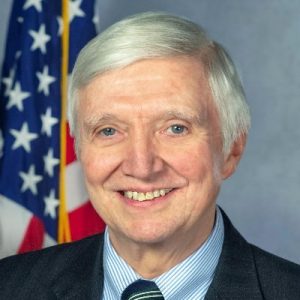 The former House Democratic Leader has a new job.

Former state Rep. Frank Dermody (D-Allegheny) has been appointed to serve on the Pennsylvania Gaming Control Board for the next two years.

“Frank Dermody has been a respected leader in Pennsylvania for many years and I’m pleased that he agreed to continue his public service at the Gaming Control Board,” said current House Democratic Leader Joanna McClinton, who appointed him to the role. “He participated in setting the legislative foundation for our gaming industry, which has grown in just over a decade to become a national leader. Frank’s legal background and legislative experience are outstanding assets for his work as a gaming regulator.”

Dermody served in the state legislature for 30 years and spent the last 10 as Minority Leader before losing to GOP challenger Carrie DelRosso in 2020.

He will be one of the seven members on the board. According to PennLive, Dermody will make $145,000 salary as a member of the board, while he earned close to $131,000 salary as House Democratic leader.

3 thoughts on “Dermody Appointed to Gaming Control Board”