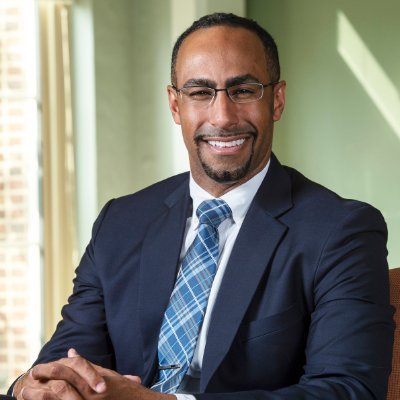 It appears that Democrats in western PA are in for a congressional rematch in 2022.

Jerry Dickinson, a law professor at the University of Pittsburgh who lost to Rep. Michael Doyle (D-Allegheny) in the Democratic primary for the 18th Congressional District in 2020, announced his intentions to seek the Democratic Party nomination once again for the 2022 race.

“The people of Pennsylvania’s 18th deserve someone who will put the full weight of the federal government behind policy efforts that address decades worth of failed policies and practices,” Dickinson said in a press release announcing his entrance into the race. “Pennsylvania’s 18th is a solidly blue district—there’s no reason we can’t be leading this fight.”

Dickinson also cited being the father of two Black daughters and racial disparities in Pittsburgh, which he says have grown during the coronavirus pandemic, for his 2022 bid for the office.

“Our collective moral imperative is to end Pittsburgh’s segregated past and present, rectify our severe racial disparities, and become a world-class city of racial equality,” Dickinson said. “Our future success depends on a moral vision that residents feel they can identify with and attach themselves to.”

“We have one of the highest rates of occupational segregation between white and Black communities in America,” Dickinson continued. “One-third of Black women live in poverty in the city. Black adult mortality rates are higher in Pittsburgh than in almost every other similarly situated city.”

On his campaign website’s priorities page, Dickinson advocates for a number of progressive policies including his support for the Green New Deal under his Climate Crisis plan, vision for Criminal Justice Reform, Gentrification and Affordable Housing, support for Medicare For All under his Health Care plan, LGBTQI+ Rights, Police Reform, Women’s Equality, Closing the Wage Gap, increasing federal funding for public schools and canceling student debt under his Education plan, Gun Reform, an immediate increase to a $15 an hour minimum wage under his Jobs, Wages, and the Economy plan, supporting “bold campaign finance reforms” in his Money in Politics plan, and restoring and strengthening the Voting Rights Act of 1965 under his Voting Rights and Election plan.

Doyle, who has represented the area since 1995, has faced primary challengers in the past five elections.

The Pittsburgh Tribune Review reports that Doyle’s spokesman confirmed that Doyle will also be running in the 2022 primary.

Dickinson, who resides in Swissvale, Allegheny County, is currently the lone Democratic challenger to file a statement of candidacy for the 18th Congressional District in 2022.