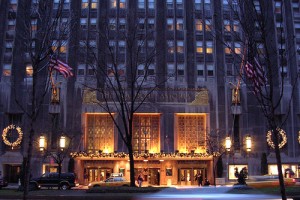 Two days of the 116th Pennsylvania Society event are in the books, with two days left to go.

Coming into yesterday the big news was the $950,000 haul that Joe Torsella’s campaign for State Treasurer was able to bring in.

Today the big breaking news is that Kathleen Kane will be running for re-election as Attorney General in 2016. This time last year she was making rumblings about challenging Senator Pat Toomey but it appears she’s moved on.

The other big story is that outgoing Senate Majority Leader Dominic Pileggi and State Sen. John Rafferty are apparently running for seats on the State Supreme Court.

Wolf’s wife, Frances, also attended and said she was a big fan of PoliticsPA. She was almost surely just being nice but I’m still holding her to it.

Incoming Chief of Staff Katie McGinty was omnipresent throughout the evening.

In congressional news, it appears State Rep. Steve Santarsiero is primed to run for the 8th district that will be left vacant by Rep. Mike Fitzpatrick.

Speaking of PA-8, opinion seemed to vary on whether or not Lt. Governor Jim Cawley will seek to replace Fitzpatrick. The theories span the entire spectrum from, convinced he is running to not sure he wants to be in Congress.

Elsewhere, Erin McClelland will definitely be running again in PA-12 against Congressman Keith Rothfus and seem excited for the rematch.

Additionally, Mike Parrish seems likely to try again in PA-6. Parrish made the rounds last night with a giant “Beat Navy” button on, so we’re also pretty sure we know who he’ll be rooting for in today’s game.

As for the Philly mayoral race, Anthony Williams, Lynne Abraham, Ken Trujillo and Terry Gillen all made appearances throughout the night.

Finally, the surprise of the night was the appearance of former New York Governor Elliot Spitzer at the Governor Mifflin Society Reception (hosted by PoliticsPA). Just about everyone, including Montgomery County Commissioner Josh Shapiro, wanted to meet the former Gov of the Empire State.