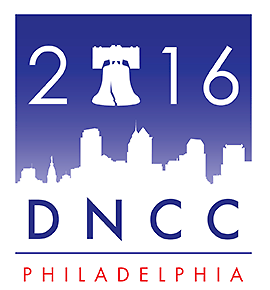 There was some controversy around at least one of the officers. Debbie Wasserman-Schultz, the former DNC Chair, was originally slated to gavel the convention into session as the temporary chair of the convention.

However, she was replaced by Baltimore Mayor Stephanie Rawlings-Blake due to the controversy surrounding a release of private DNC emails.

None of the other officers received nearly as much blowback, if any, from pro-Sanders delegates.

The Hillary for America Convention chair is former Attorney General Eric Holder. The permanent convention chair for the rest of the week will be Rep. Marcia Fudge from Ohio. Finally, House Minority Leader Nancy Pelosi will serve as the honorary convention chair.

Lilly Ledbetter, a women’s rights activist who filed a lawsuit to get paid an equal amount to her co-workers. In 2009, the Lilly Ledbetter act was the first law President Obama signed in office making it easier for women to file lawsuits for equal pay violations.

Chair of the LPAC Board Laura Ricketts

U.S. Senator Claire McCaskill (Missouri), a prominent female member of Congress who has pushed for several women’s rights causes throughout her career.

U.S. Representative James Clyburn (South Carolina), He was a former chair of the Congressional Black Caucus.

Vice President of the Young Democrats of America Louis Elrod

U.S. Representative Steny Hoyer (Maryland), He will serve as the lead parliamentarian and he currently serves as the number two Democrat in the House as minority whip.

U.S. Representative John Lewis (Georgia), Civil Rights leader who was on the front lines during the movement and walked with Martin Luther King Jr.

Finally, Minyon Moore will serve as Doorkeeper and transgender rights advocate Marisa Richmond will be the timekeeper.