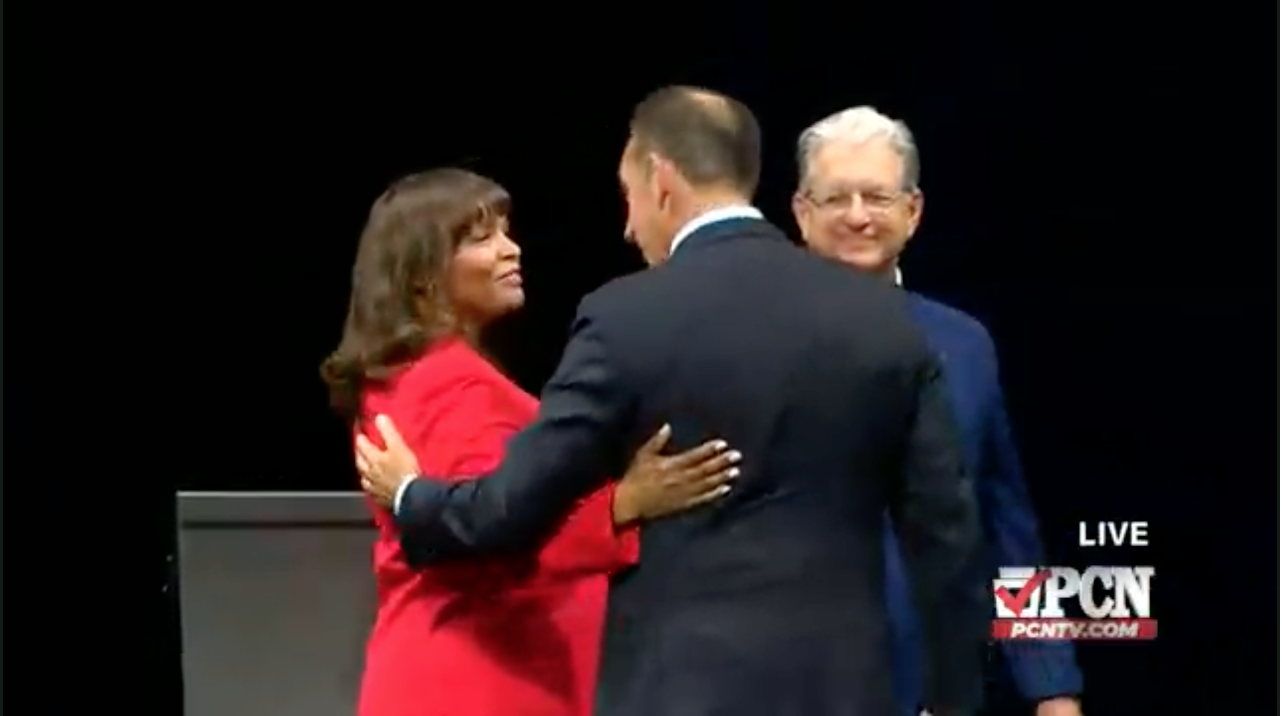 As Keystone Republican voters wait patiently for their opportunity to hear from all the candidates for Pat Toomey’s seat, it raises the question of the impact on the campaigns of those who have not participated on the debate stage.

“In general, participating in a debate doesn’t generally move the needle much for candidates, but skipping a debate can be a detriment if the other candidates press the issue,” said Sam Chen, principal director of the Liddell Group. “What is most damaging here is the on-again-off-again indecisiveness of McCormick and Sands. At best, they appear dramatic and indecisive and, at worst, they appear to be at the beck and call of Oz.”

The recent Trafalgar Poll had Oz, McCormick and Sands as the top three choices of the respondents, combining for over 58 percent of the 1,070 selections. Kathy Barnette and Jeff Bartos were the only others to register more than two percent.

Bartos and Barnette, two of the four candidates who were in Villanova last night, had opportunities to go after the perceived frontrunners. Bartos made a point of waving to the missing trio in his opening remarks, taking advantage of their absence to attack. ​​“We have political tourists running in this race,” he said. “Mehmet Oz and Dave McCormick do not know this state, they couldn’t be bothered to show up tonight, and they don’t care about you.”

McCormick and Sands originally indicated that they would take part at Villanova, but quickly backtracked after Oz revealed his scheduling conflict that would prevent his involvement.

“I see it more as a sign that some have shifted their political calculus to focus on a candidate’s celebrity status more than any other factor,” said Chen. “To them, Oz is, by default, the one to beat because he is a known quantity and can self-fund.”

Could this be a telltale sign that Oz is doing better than some polls indicate?

“Strategically, this is a grave miscalculation and one that McCormick and Sands make at their own peril,” warned Chen. “Perhaps more importantly, however, this demonstrates the growing chasm between campaigning and governing. Yes, one must win the campaign before he or she can take office and govern, but this obsession with winning at all costs over good governance is a leading cause for our current discord.”

Poynter reported that the Harvard Business School researched voter surveys from 61 elections in nine countries and found that about 15 percent of people decide who they will vote for in the two months before an election. Minds are not changed because of debates, but rather on new information about a candidate or their position on important issues.

So if debates do not change votes, what does? Old school politics – a personal conversation with another person, even someone who is canvassing neighborhoods – can make the difference.