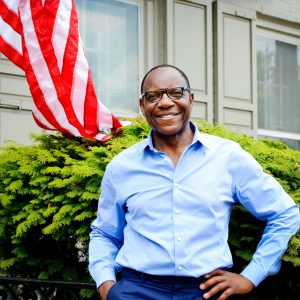 A renowned cardiothoracic surgeon has joined the 2022 Republican race for Governor.

Dr. Nche Zama formally announced a bid for the statewide office on Thursday evening Shawnee Inn in Shawnee on Delaware.

“For too long, Pennsylvania has been sick. Our economy, schools, and healthcare system have been broken for years while Harrisburg has been in a coma,” Zama said in a press release announcing his candidacy. “Pennsylvania should have a trillion-dollar economy that is globally competitive and strongly supported by world-class schools and a top-notch healthcare system.”

“As an ardent supporter of educational, technological, business and healthcare excellence, I am running for governor to lead the charge and address these and other ills confronting this great Commonwealth,” Zama continued.

Zama, a Cameroon native who resides in the Poconos, has worked across the nation and Pennsylvania with top surgery teams at Aria Thomas Jefferson University Hospital in Philadelphia; York Hospital in York; Guthrie Clinic in Sayre; and Pocono Heart and Vascular Institute in East Stroudsburg.

In his press release announcing his candidacy, Zama says that Harrisburg is “broken” and says that as Governor, he would “lead the best teams to transform Pennsylvania into a globally competitive force that serves the people of this Commonwealth.”

The issues that Zama highlights on his campaign website include education, healthcare, and the economy.

Several Republicans have also already declared their candidacy for governor.